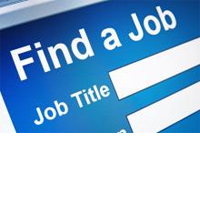 Zappos is at it again. The online shoe retailer that made headlines a few years ago by offering to pay employees to quit — a practice adopted by other companies since, including Amazon — announced this week that it would do away with job postings in favor of recruiting through an internal social network that interested candidates could join.

The announcement has had people in the HR space buzzing, but what was the thinking behind the decision? Stacy Donovan Zapar, one of the leaders at Zappos behind the move, explained in a blog post that she was interested in getting back to an older style of “relationship recruiting.”

“Job postings are a conversation killer. A job posting is that bright shiny object in the room that distracts from the real conversation and networking to be had. It's a dead end road, a recruiting black hole where applicants go to die or leave with a negative experience and impression of your company.”

A bold move, for sure. And while eliminating job postings may not be right for every company, is it time for you to think about shaking up some of your recruiting practices?

Building relationships: Michael Bailen echoed Zapar’s reasoning for doing away with job postings. Over at ere.net, the head of HR at Zappos said that by eliminating job postings the company is letting its first interaction with an interested candidate be something other than a form rejection. It’s allowing his recruiters to build the relationships that people like blogger Jeff Waldman say are so important.

In a post on his blog, Waldman compares recruiters to sales people. And sales people don’t wait for someone to react to a posting. They go out and talk with people. They establish relationships. That’s the only way a recruiter is going to find the best possible talent. Abandoning job postings allows recruiters to find talent that best fits the company brand and culture and to expand the pool of potential candidates beyond just those who saw the position listed on a job board. Recruiters can identify the right candidates before a job is even available.

Don’t rush to emulate: Zappos is an HR innovator and a company that believes culture trumps all. That’s why a move like this could pay big dividends. But other companies shouldn’t be too quick to make the same move. Over at the Harvard Business Review, John Boudreau explains why not.

The management professor from the University of Southern California encourages every company to use this as an opportunity to take a closer look at its talent acquisition supply chain. For a company like Zappos, which is already highly social and spends a lot of time building its brand, moving all of the recruiting to a social site is a natural next step. (Zappos received 31,000 resumes last year and hired roughly 300 people.) For other companies, such as those that get fewer resumes per opening or those that need people with highly specialized skills, a more traditional model of job posting to resume review to interview may still be the most effective way to find and hire talent. Like Zappos, companies can still assess culture-fit, but that assessment may be done during the interview process with a smaller number of candidates and a more focused interviewer—something that Boudreau says is actually more effective.

What is your take on the job posting shakeup? Will your company be eliminating its presence on job boards any time soon?