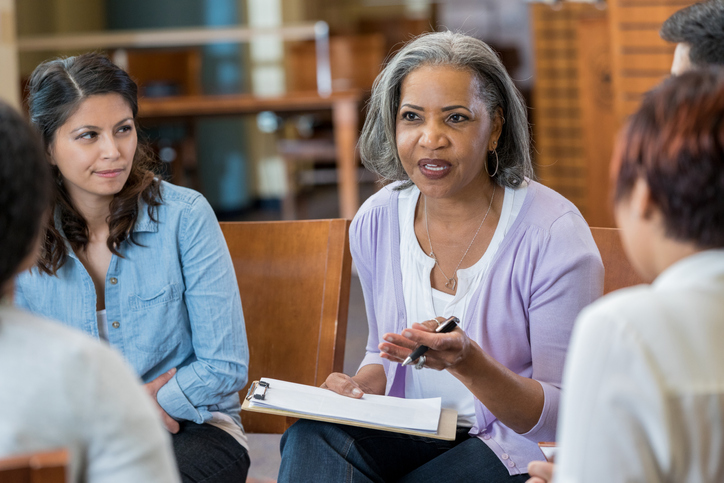 You’ve likely heard about what has been called the “silver tsunami,” or the number of Baby Boomers retiring and leaving the workforce. As far as recruitment trends go, the combination of Boomers retiring with the influx of millennials entering the workforce creates a skills gap that forces companies to consider alternatives for training and development. However, reported numbers of retiring workers may not tell the whole story, as the fastest-growing segment of the American workforce is made up of employees age 65 and older.

Over the past decade, wage growth has stagnated, pensions have disappeared, workers are delaying claiming Social Security benefits to maximize payouts, and lifespans are longer, leaving seniors worried they will burn through their retirement savings way too soon. According to a Gallup 2018 survey of 1,015 adults age 18 and older across the United States, 41 percent of participants who are not retired plan to leave the job market at age 66 or older, a figure that has risen from 12 percent in the 1995 study and 26 percent in 2004. This number will likely keep growing.

Over the next decade, 43% of America’s workforce will reach age 65 and be eligible for retirement. This group is the most educated and technically competent of any labor group in history. @jmillermerrell #SmartTalkHR @RiseSmart https://bit.ly/2vQByra

Over the next decade, 43 percent of America’s workforce will reach age 65 and be eligible for retirement. This group of workers is the most educated, technically competent of any labor group ever available to American industry in history. Collectively, they represent an enormous bank of intellectual and institutional knowledge gained over a half century of technological advancement. Today, as a group, Baby Boomers – people born between 1946 and 1964 – form the largest trained pool of potential future employees available to American businesses.

This means that recruiters and HR leaders must consider this typically overlooked segment of the workforce, while still developing recruiting strategies for a next-gen workforce. The most successful companies are already on top of this, creating programs that target older workers for both recruiting and retention in order to tap into their talent and experience to educate next-gen employees and effectively close the skills gap.

According to an American Association of Retired People (AARP) survey, more than two-thirds of older workers indicate that they wish to work either full-time or part-time after age 65. The Sloan Center at Boston College detailed in their report “Working in Retirement: a 21st Century Phenomenon” that older workers are more (rather than less) engaged and satisfied with their jobs. Older workers frequently say they want to change the way they work, not stop working altogether. Some companies are already on top of tapping a Boomer talent pool actively seeking work, some even making accommodations to adapt a work environment for older workers.

According to SHRM research, workers over 50 show greater job engagement than younger workers. This is a key ingredient in any company’s growth. Other factors favoring older workers are their experience and skill subset, according to 77 percent of employers questioned. Assembly line workers between the ages of 50 and 65 have increased productivity due to a decrease in errors. Seventy-one percent of employers also said that older workers exhibit greater professionalism, a trait that is highly valued.

Related content: The Shift from Retirement to Career Refinement

In its Dingolfing, Germany plant, BMW uses older workers on an auto assembly line with minimal accommodations for their age (larger computer screens, special shoes, and chairs for some operations), while L.L. Bean, the outdoor retailer, recruits retired workers for seasonal jobs in their call centers, distribution facility, and flagship store.

McDonald's has formed a new partnership with AARP to hire more people 50 and older. While the company has long marketed itself as “America’s best first job,” student workers are not always available to work the critical breakfast and lunch shifts. Currently, 11 percent of the company’s workforce is 50 and older, while teens account for 40 percent of staff.

The AARP Employer Pledge Program is a nationwide group of employers that stand with AARP in affirming the value of experienced workers and are committed to developing diverse organizations. Over 800 employers have pledged to promote equal opportunity for all workers, regardless of age. If your company needs a start in expanding your reach to an older talent pool, signing the pledge is a good way to do it.

The wrong side of the employment law

As an employer, your employment brand leads all of your recruitment marketing efforts. While candidates will find information on your career site and review sites like Glassdoor, if your company makes the news for the wrong reasons, like discriminatory practices, it’s just a Google search away.

And not focusing on older workers could be bad for business outside of your employment brand: As the fastest growing labor pool, they’re also the least protected segment of the workforce. Older workers are encountering widespread age discrimination, according to AARP. According to its 2018 Multicultural Work and Jobs Study, 61 percent of respondents over the age of 45 reported seeing or experiencing age-based discrimination in the workplace. What’s more, senior workers are in a weakened position when it comes to a crucial workplace protection based on a recent Supreme Court decision and the legal safeguards that shield against wrongful termination or demotion, like claims covered under the Civil Rights Act.

There is a new effort in Congress to allow workers to use “any type of admissible evidence” to prove age discrimination. The Protecting Older Workers Against Discrimination Act, also known as POWADA, was recently introduced by powerful sponsors: Sens. Chuck Grassley, a Republican from Iowa; and Bob Casey, a Democrat from Pennsylvania. In the House it is being sponsored by Reps. Bobby Scott, a Democrat from Virginia; and Jim Sensenbrenner, a Republican from Wisconsin. The legislation would restore the legitimacy of mixed-motive claims that would allow plaintiffs to prove age is a motivating factor, if not the deciding factor, in the negative actions taken against them, according to the act.

As a recruiter and HR leader, you’ll want to ensure that your hiring practices, application processes, and job posting efforts are not leaving out older workers. @jmillermerrell #SmartTalkHR @RiseSmart https://bit.ly/2vQByra

As a recruiter and HR leader, you’ll want to ensure that your hiring practices, application processes, and job posting efforts are not leaving out older workers. Technology has made it easier for companies to target job candidates by age in ways that can be seen as discriminatory based on federal law. Facebook was sued in March by the U.S. government’s Department of Housing and Urban Development for targeting certain consumers for housing ads, also allowed advertisers in recent years to target younger users with job advertisements while withholding the ads from older Facebook users. Now is a good time to evaluate your hiring processes to ensure there are no exclusions based on age - including drop down self-selection and your job posting campaign targeting.

The bottom line is that companies need older workers, both for filling open positions with experienced workers and in order to close the skills gap between an experienced workforce and next-gen candidates who can learn from them. Ignoring this segment entirely is bad for your talent acquisition efforts and your reputation as an employer.