The basketball world is still in shock over the second-round trouncing of the champion Lakers by Dirk Nowitzki’s Dallas Mavericks last weekend. The relentless Mavs dismantled Kobe Bryant’s would-be threepeaters by playing harder, smarter and deeper, finally sweeping them in four games and leaving the experts baffled. 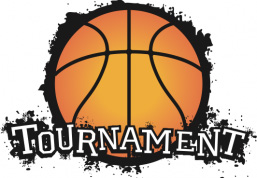 But then, the experts have been in a daze throughout these NBA playoffs, which underdog triumphs and stunningly close games have turned into the most unpredictable and compulsively watchable in over a decade. TNT’s Charles Barkley, of all people, has been an unlikely hoops oracle, correctly predicting both the Mavs’ victory and the other most shocking upset, the lowly Memphis Grizzlies’ takedown of the top-seeded San Antonio Spurs.

With the Lakers eliminated and Dallas suddenly the favorite to make the NBA finals out of the West, the hottest topic going is the fate of LeBron James and the Miami Heat.

Once the crown prince of the NBA, James’ popularity took a hit at the beginning of the season when he famously announced he was “taking his talents to South Beach”—i.e., leaving the small-market Cleveland Cavaliers team he had taken deep into the playoffs for years in order to join forces with fellow superstars Dwayne Wade and Chris Bosh on the Heat.

Critics called him a traitor and a coward. They said that going to a team that was stockpiling stars was not the path a true leader -- the next incarnation of Michael Jordan -- should take.

To some degree, every NBA champion has armed themselves with as many stars as they could afford, and most of those that have managed to become dynasties have done so by matching up top talent. Last year's champions, the Lakers, didn’t win until they acquired Andrew Bynum and Pau Gasol to surround Bryant, and before that the Celtics bundled Paul Pierce, Kevin Garnett and Ray Allen in order to win the 2008 ring.

But even so, the assembly of the Heat took this star-centric approach to building a championship team to a new level.

So what is the lesson for HR? The latest issue of Fast Company suggests that the Miami Heat model is the future not just of basketball, but of corporate organization in general. In “What LeBron James and the Miami Heat Teach Us About Teamwork,” Chuck Salter writes:

This is a strategy that’s on the rise these days. Look at Silicon Valley. Which tech company, when given the chance, doesn’t raid the talent pool, stocking up on the world’s best execs and engineers in the hopes of racing past the competition? Late last year, Mark Zuckerberg personally persuaded Lars Rasmussen, the co-creator of Google Maps, to join a host of elite ex-colleagues at Facebook. If ESPN anchor Stuart Scott were to cover the business universe, he would have summed up the acquisition in a world: boo-yah!.”

Salter's article goes on to offer advice on combining superstar talent to create a winning team. Charting the Heat’s season-long rise from early strugglers to playoff powerhouses (at least, so far), he extracts lessons that companies of all types can learn.

The first notes he hits are chemistry and teamwork. Despite outward appearances, there was nothing random about the signing of the Heat’s three superstars—they were already friends, and in order to succeed they have had to, as Salter puts it, “start with sacrifice.” That meant giving up individual gaudy stats in order to better the overall team performance.

And though they are the biggest names on the team, they have only thrived when they've found a rhythm with the team’s role players, mirroring how every company must be able to establish support for its most valuable resources.

Another theme that recurs throughout Salter’s piece is the value of adversity. Whether or not the criticism of James and the Heat was deserved, it served to solidify their identity: a strong team needs a common enemy, he argues. After a lopsided loss to Dallas in November, the Heat were hitting rock bottom

Under duress, Miami found its identity. The Heat rebounded from the Dallas debacle, winning 21 of its next 22 games. In early December, in front of a hostile crowd on James’ first trip back to Cleveland, Miami played its best ball of the season, clobbering the Cavs 118-90.

Heat coach Eric Spoelstra even started using a line from Shakespeare’s Henry V in the locker room before games: “We few, we happy few, we band of brothers/For he today that sheds his blood with me/Shall be my brother.” It all led to another of Salter’s lessons: "When the going gets tough, turn to each other."

Now, as the Heat have found success in the playoffs, sweeping the New York Knicks and going up 3-1 on the Celtics, media outlets have begun reporting what is being called a “bandwagon shift.”

The Heat’s ability to figure out the problems Salter addresses and win together, it seems, has brought a new wave of fans over to LeBron James and the Heat.