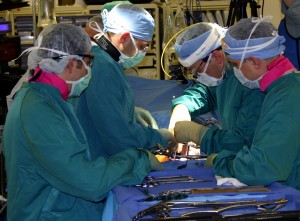 So the hiring picture is looking better for 2011. But which industries will see the most growth?

First, the big surprise: IT is roundly expected to make a comeback in 2011. Though once a sure bet as a career (leading parents to push computer science classes on many an unsuspecting college freshman throughout the’90s), IT was perhaps a victim of its own success. Company cutbacks hit at the same time that the industry experienced a glut of aspiring young workers. Suddenly, the days of IT experts writing their own ticket was over. But they could be coming back, and with average annual salaries running around $90,000 for those with experience, Information Technology is looking like a solid bet again.

Then there are the familiar industries that have shown up on the “hottest jobs” list for several years running. First among these is health care, and 2011 will be no different, prognosticators say. As trendblogger.com summarizes the pluses and minuses:

You’ve likely heard it before: healthcare is where the work is. From home care aides, a sector expected to grow 50% by 2018, to nurses and pharmacy technicians, healthcare jobs are on the rise. If you only have a high school diploma, look at starting as a home care aid at an average rate of $9.22 an hour – tough on the wallet, but a place you can get your foot in the door with little or no experience. Many colleges have vocational programs for radiologic technicians and other healthcare specializations that will greatly increase your earning power.

Acccounting and finance is another area that seems to promise growth every year, and 2011 is no exception. Dexter Cousins, who blogs about his work as a an executive search consultant, says there will be some significant changes in the field, however:

Expect big changes across finance teams as employees finally move on after several years in the same role. It is reported that approximately 60% of the work force are currently looking to change jobs/companies. A growing skills gap for decision support roles will be highlighted as financial services groups move towards “business partnering” models. It is difficult to find accountants in the $100k - $150k who can display commercial acumen. Expect competition to increase further in 2011. Accountants are being encouraged to develop softer skills such as presentation and influencing.

According to CareerBuilder, the positions employers will most be looking to fill will be in sales, IT, customer service, engineering, tech, administrative, business development, marketing, research/development and accounting/finance.

They also have good news on the compensation front. Because fears of a mass exodus by employees once the economy improves are still running high, there will be concerted effort to improve the dire compensation-growth situation that has taken hold during the recession. 61 percent of hiring managers and HR staffers interviewed said they plan to increase compensation for their existing staff in 2011. Most expect it to be 3 percent or less, but 10 percent said their average increase will be 5 percent or more.

This improved salary outlook goes for new hires, too. 31 percent said they will be increasing their starting salaries for candidates to whom they extend job offers in 2011.