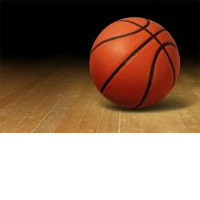 It was a combination of a little research and a lot of regional loyalty that led Barbara Maccallum to pick the University of Connecticut as the national champion in her winning entry in this year’s RiseSmart Challenge, an NCAA office pool for those without an office.

“They were the only New England team pretty much left in the whole thing,” the Maine resident said. “I also had seen a bit of a game had heard some discussions about them doing pretty well. I thought, ‘Let’s go with them.’ ”

Maccallum’s confidence in the “local” team — she was the only contestant to pick the school — won her not only bragging rights, but also the challenge’s grand prize: an iPad Air.

“There’s only one team that I go for every year,” he said. “If they’re in the tournament, which they usually are, I always vote them all the way through.”

While our focus at RiseSmart is helping transitioning workers find jobs fast, but we think it's important to help our participants enjoy the process as well. That's why we created the RiseSmart Challenge. Initiatives like this give transitioning workers in our outplacement program a chance to take a break from the daily challenges of their job searches and have a little fun.

For Winston Sawyer, the third-place finisher and winner of an Apple TV, the contest did just that. It was a pleasant distraction from his first career transition in more than 20 years. Although the job search is a new situation for Sawyer, he said his experience in the RiseSmart Transition program has been both educational and inspiring, especially the personal help he’s received from his transition specialist, Janet.

Sawyer has found the resources so helpful and the program so beneficial that he’s recommended it to others. Even better, being able to add a little fun to his routine was a relief.

“Of course I wasn’t expecting to win, but when you win it makes you feel a lot better,” said Sawyer, who picked Michigan State to go all the way. “You kind of get a pseudo-feeling like things may be positive going forward. I thought it was a good break and a good program.”