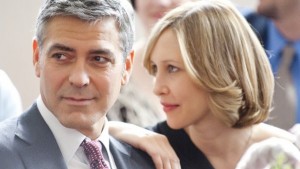 I don't generally think of myself as a movie reviewer, but my critique of "Up in the Air" -- written, of course, from my perspective as the CEO of an outplacement firm -- has gotten some attention, first in the Pittsburgh Post-Gazette and then in the online Wall Street Journal. Wrote the Journal's Josh Beckerman of our press release on the movie (which this week was nominated for the Academy Award for Best Picture):

Best of all is RiseSmart’s debunking of the theory that “laid-off workers can be mollified with generic pep talks.” The company invokes Clooney’s line that “anyone who ever built an empire or changed the world sat where you are sitting, and it’s because they sat there that they were able to do it.” RiseSmart says “the thought that this kind of condescending pep talk would ‘work’ on people is insulting to those who have actually had to go through this experience.” Right on. The downsizing victims in the movie are too easily impressed - the cynical J.K. Simmons character is rapidly persuaded about the merits of opening a restaurant during the credit crunch, and there’s a queasy suggestion that layoffs are okay because you get to spend more time with your family.

Since Hollywood doesn't make many movies about HR consultants, my 15 minutes of fame as a film critic is probably over. So Roger Ebert, don't quit your day job. But I would like to add one more point about the movie, which I've come to upon reflection. The unflattering treatment of HR consultants in "Up in the Air" might normally be dismissed as standard Hollywood storytelling. But the movie's popularity and Oscar nod suggest it has struck a chord of authenticity with audiences. Why so? I think it’s at least partly because hundreds of thousands, if not millions, of workers who have been laid-off in recent years have been less than pleased with the quality -- and the results -- of the help they have received from traditional outplacement firms. It's the real story of old-school outplacement, which the Wall Street Journal told a few months back. So ironically, for all its inaccuracies, "Up in the Air" points to the reason I started RiseSmart Transition Concierge in the first place -- to make outplacement services more accountable to both displaced workers and their employers, by getting employees back to work sooner.