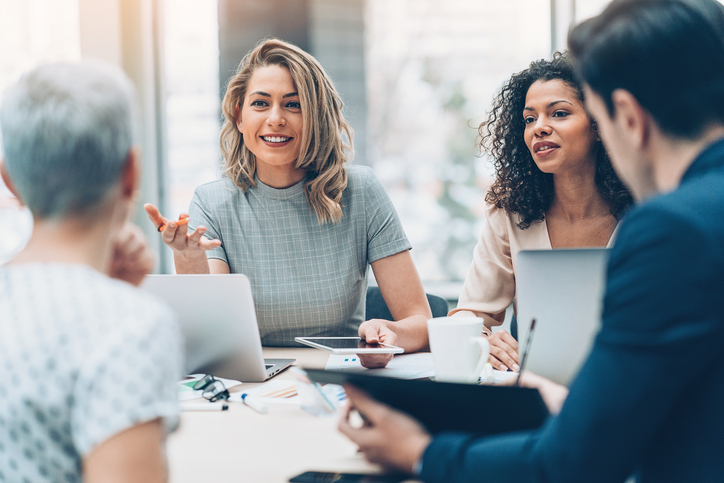 Most professionals think about networking when they are looking for a new job but make the common career management mistake of neglecting to network while happily employed. This is a huge lost opportunity because not only is networking an extremely worthwhile activity at any stage of your career – it is especially beneficial to network within your organization. In fact,building your internal network is just as critical to your success as networking within your industry, field or the broader business community. If you want to advance within your company, become known as a subject matter expert, or simply do the best job possible. You need to keep in mind: it’s not just the old adage of who you know, it’s really about who knows you.

The advantages of in-person networking

While social media sites such as LinkedIn or Twitter should absolutely be part of your internal networking strategy, you must also make a point to network in person. Being employed at a business gives you the distinct advantage of having countless valuable networking contacts right at your fingertips, so leverage that advantage. Some of the many formal and informal means of networking within your company include:

Your goal is to connect with your colleagues, your department or division, and throughout the entire company. Reach out to managers or associates who you don’t ordinarily work with as part of your job function. That involves stepping outside of your responsibilities and getting to know others to whom you can bring value. Networking is about building relationships and helping others, not about getting something for yourself. By keeping this in mind, your networking efforts will be much more fruitful – and what goes around comes around. Focus on building rapport and forging relationships over the long term instead of just focusing on short-term gains.

Take a strategic approach to networking

Make sure that while networking, you focus your efforts on building quality relationships. Aim to connect with executives and managers who are relevant to your career goals and who can make a positive impact on your advancement and reputation. Keep an eye out for people who can become advocates for you within the organization and try to build cross-functional relationships as well. By focusing on adding value and building strong relationships throughout your company your networking efforts will flourish and you will become known as someone who is thoughtful, helpful and valuable.

While networking, think about showing that you are a company-oriented team player – this kind of networking consists of becoming a part of your organization’s culture and reinforcing its values. Consider simple things, like genuinely congratulating others on their achievements, praising hard work or attending company lunches. Your aim is to open up as many opportunities for new conversations and relationships as possible. A positive and enthusiastic attitude attracts others to network with you – a fact that will help you reach your career goals.