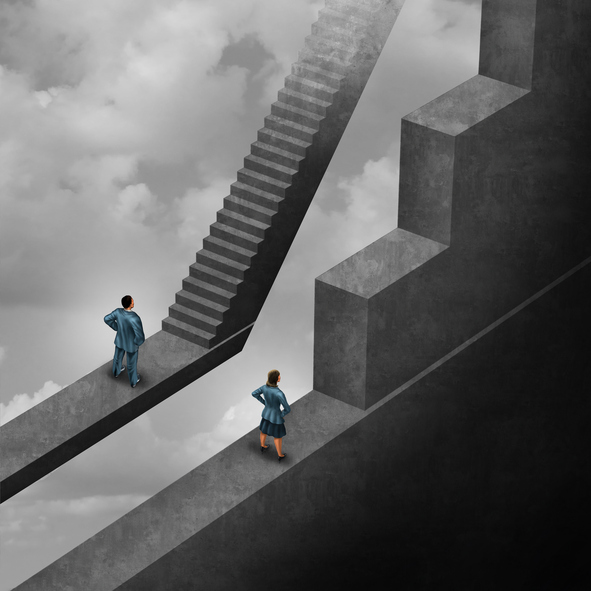 Is a “women-friendly” workplace the sign of a strong company culture? In its annual report, Great Place to Work included the results of a recent survey of more than 400,000 people around workplace culture and job satisfaction. Interestingly, they found that women and men have many of the same concerns and desires when it comes to finding a workplace culture they consider a good fit. Great Place to Work found that women who said they were treated as full team members, regardless of position, were five times more likely to plan long-term careers at the company where they felt included. As Fortune reported, women who said they make a difference at their company were 27 times more likely to say it’s also a great place to work.

In short, a “women-friendly” workplace is usually the sign of a healthy company culture, and is more about supporting all employees, regardless of gender, orientation, race, background, or other differences. Business leaders who understand that diversity is essential to success, and that behavior is ultimately what drives culture, are more likely to proactively manage and shape a culture of equity.

Recently, my antenna has been more attuned to how women are perceived and supported at work. As my twin teenage girls grow up, I’m curious to know the types of workplace environments they’ll soon be entering. Fortunately, I believe we’re at the beginning of a seismic shift toward HR practices that will more effectively encourage and sustain equality among diverse groups of employees. We now have the data to prove that diverse teams bring more perspectives to the table, leading to better short and long-term decisions. Better decisions most often lead to better financial performance as well.

If you’re feeling the need to move your workplace culture toward more inclusivity, here are six actions to take that support women.

#1: Gather the right kind of feedback

It’s incredibly important to continue gathering feedback across your workforce. You want the pulse of your organization. However, we need to be careful when we create surveys, because we may unknowingly illicit unconscious bias on the part of the respondents. For example, sometimes a survey is set up in such a way that it leans too heavily in verbiage toward one gender. Similarly, questions can be poorly worded to elicit knee-jerk responses which may not accurately reflect how people relate to each other day to day.

Survey research is a valuable tool to inform what needs to happen within an organization to improve inclusivity of women and minority groups, but we must ask the right questions and listen fully once we have the data and responses. Creating questions to determine what’s holding the organization back from achieving stated cultural goals is a great first step. When asked these types of questions, respondents will usually illustrate their wants, needs, and ideas, instead of being swayed by gender perceptions.

Just because there are more women employed at your organization, does not mean it’s women-friendly. There are a number of companies and functions in general—such as healthcare and HR—that tend to have a higher proportion of women. It’s impossible to draw a conclusion about the friendliness or inclusivity of a workplace from numbers alone. It’s usually a better idea to look at representation across all the various levels of an organization. The basic idea is that women at the top, who are leading the team or have climbed the ladder, tend to self-perpetuate a more progressive organization.

If your leadership team lacks meaningful female representation, it’s time to get to work and start asking questions to shape the future. As a visioning exercise, ask the leaders across your organization, “what’s the best organization you can imagine? What behaviors do we need to change? What opportunities might we be missing if we don’t change?” To truly become an equal place to work, it takes time and resources, and a willingness to get to the bottom of what’s holding you back.

As I alluded to in my points above, asking the right questions is an important step in uncovering cultural reshaping opportunities. If there are no females on the senior leadership team and the CEO decides to add females for the sake of equal gender representation, a sudden disruption to the status quo may cause unwanted reactions and create an environment not conducive to the success of newly appointed female leaders.

It’s much more strategic to first do a little historical detective work to figure out what stood in your company’s way of advancing women in the past and now. There are likely underlying dynamics that need to be addressed that putting a woman on your board of directors or leadership team wouldn’t necessarily solve. In fact, this puts you in a risky situation of losing that female too, as she might be thwarted by the underlying issues that have never been successfully addressed. By understanding the history and barriers, you can figure out how to reach a true tipping point and initiate a less painful transition to a more inclusive, women-friendly organization that becomes woven into the fabric of your culture.

#4: Change starts at the top

Not only must senior leaders have a pulse on what’s happening across their workforces, they must be the ones to initiate the new programs and processes to ensure change actually happens and is sustained. Google’s leadership team, for example, has published research reports that recognize their female employees can benefit from many kinds of perks that focus on their specific needs, from expectant mother parking to maternity leave. The executives at Google took this information and acted on it, all in an attempt to remedy deep-lying cultural issues.

Related content: How to Create a Small Company Workplace Culture

While these actions seem minor, they send a powerful message that the leadership team takes equality seriously. There is usually a gap between perceived culture and the way people actually behave.  When a leadership team leads by real-world example and behaves in a very specific way, in support of equality, the culture is reshaped. Then repeat behaviors engrain equality as the norm. These patterns enable the organization to succeed as a whole.

In general, if you ask males how they feel about equality in the workplace you will get favorable responses. Companies do well in surveys from this perspective, but get less favorable responses when the same questions are answered of minorities, like women.

Much of the issues we face with gender inequality are cyclical, and it seems like the perception of existing issues varies greatly across the genders. For example, men might be more likely to be promoted so women lose out, causing a ripple effect of promotions and men at the top.  Pew Research found that women are about three times as likely as men to say their gender has made it harder for them to succeed at their job. Since some men aren’t experiencing these challenges as regularly as women, their concerns might not be revealed in a survey about gender.

While we work to ask better questions, it’s worth pointing out that allyship between men and women (or across all minorities for that matter) is critical. All employees must understand why diversity matters and fight for inclusivity together. It seems like the male population, myself included, has had a head start on succeeding in the workplace, but we’re at the brink of change in the U.S. as organizations become more progressive and treat all groups within the organization with greater fairness and respect.

Equality is a noble goal to have in mind, but you better be tracking and measuring your progress toward it. Imagine if we applied the same due diligence that we did to achieving business goals and revenue targets to the issue of gender inequality. It’s one thing to miss out on the “what-ifs” associated with having a more diverse team, but what about the harm you’re possibly enabling due to a lack of equality?

The cost of inequality is high, as it leads to a toxic culture. Workplace environments that lack policies against inappropriate behavior and discrimination, or don’t enforce these policies, are particularly toxic. Some less obvious but more common areas of toxic culture can often be found in HR practices and benefits offered to employees. For example, perhaps benefits are heavily skewed toward the male population, or don’t take into consideration life events like child birth. HR practices, from recruiting to outplacement, must account for bias and offer support for all employees regardless of gender or other demographic differences.

At the end of the day, a “women-friendly” workplace can always be defined by the behaviors of its employees. How women are treated, fair processes, work-life balance, and respect shown to all employees are strong indicators. Not many companies get all of these elements right at the same time, but the hope is that they’re at least making noticeable progress on the journey toward equality. Culture is the way people behave when nobody is looking—so it’s up to business leaders to get to the bottom of those behaviors, and proactively iterate new ideas and best practices to ensure equality and acceptance for all.