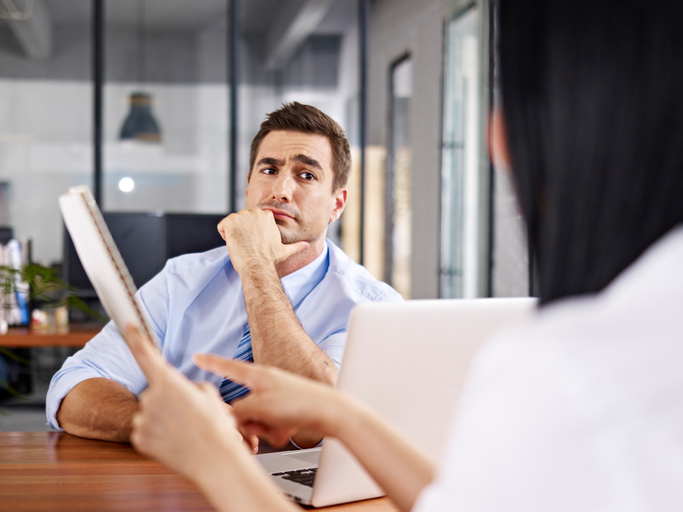 The recent Job Seeker Study, conducted by RiseSmart in December, further confirms the recent shifts people are seeing in the relationship between employers and potential employees. The study identified changes in the way people find and pursue employment opportunities, the types of opportunities people consider acceptable, changing attitudes around unemployment, and the importance of responsive recruiting practices by employers – among other trends. The impact of these trends will continue to be seen as HR evolves from a paperwork and rules-based function to a facilitator of the employee experience.

In a recent webinar, “Revelations of the Job Seeker Study”, I discussed the complete study and the insights we gained. You can view the webinar in its entirety, here.

We found that the majority of people landed interviews through some method of networking behavior. These behaviors included, in person networking, virtual networking, building relationships with recruiters, or sourcing interviews through coworkers. Based on these findings, knowing how to network effectively is increasingly becoming a skill that all job seekers need to fine tune. While many people are comfortable networking within a tight circle of peers and friends, these findings reveal the importance of expanding your sphere of networking opportunities and making connections beyond your immediate circle of comfort. 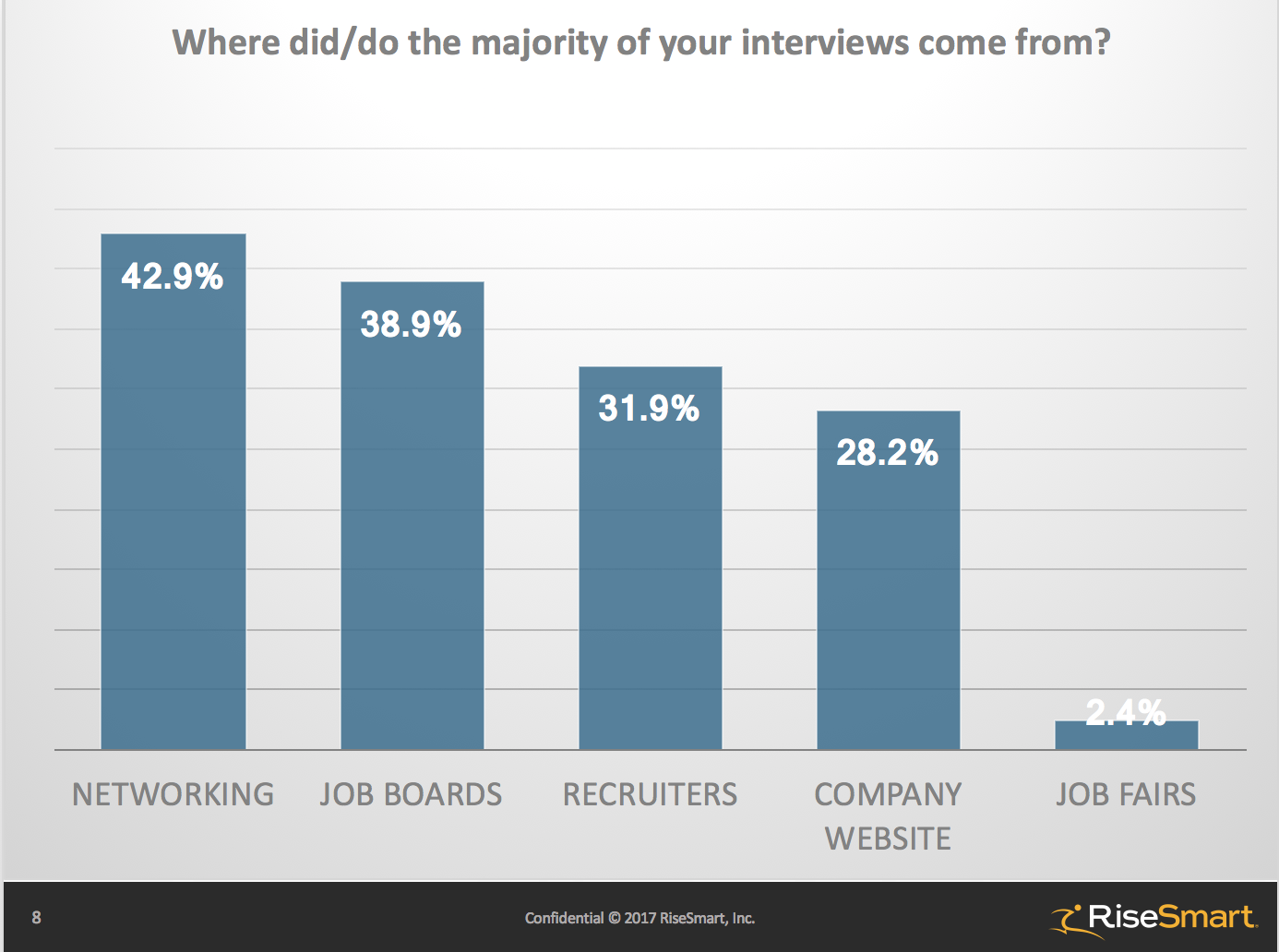 Networking has always been a big part of the RiseSmart career coaching model. We recommend that job seekers spend about 70 percent of their time networking and really making the most of any conversation they can have. In addition to networking online, we coach our program participants to attend trade shows, holiday parties, company parties, and any social gathering they’re invited to. While it may not feel like a time to celebrate, meeting and talking to people at casual, social gatherings is often the best way to make professional connections.

When we asked about how people ultimately landed a new job, we found, again, that networking efforts played a large role. If you add the people who landed a new job through a referral (30%) to those who networked their way into the company (9%), plus those who found new roles within their organization (5%), and finally those who told us they landed through an outside recruiter (13%) - 57% of people are finding jobs through another person.

We’ve heard about gigs in the media a lot and perhaps you’ve seen studies where they predict that a majority of companies anticipate moving more towards an on-demand model with their team members. Even among the sampling of people we surveyed, 15% have a gig now and 12% are pursuing a gig. In addition, 9% of those surveyed told us that they’ve been approached about a gig, but aren’t interested, and another 39% of people have not considered a gig as a viable alternative to full time employment. 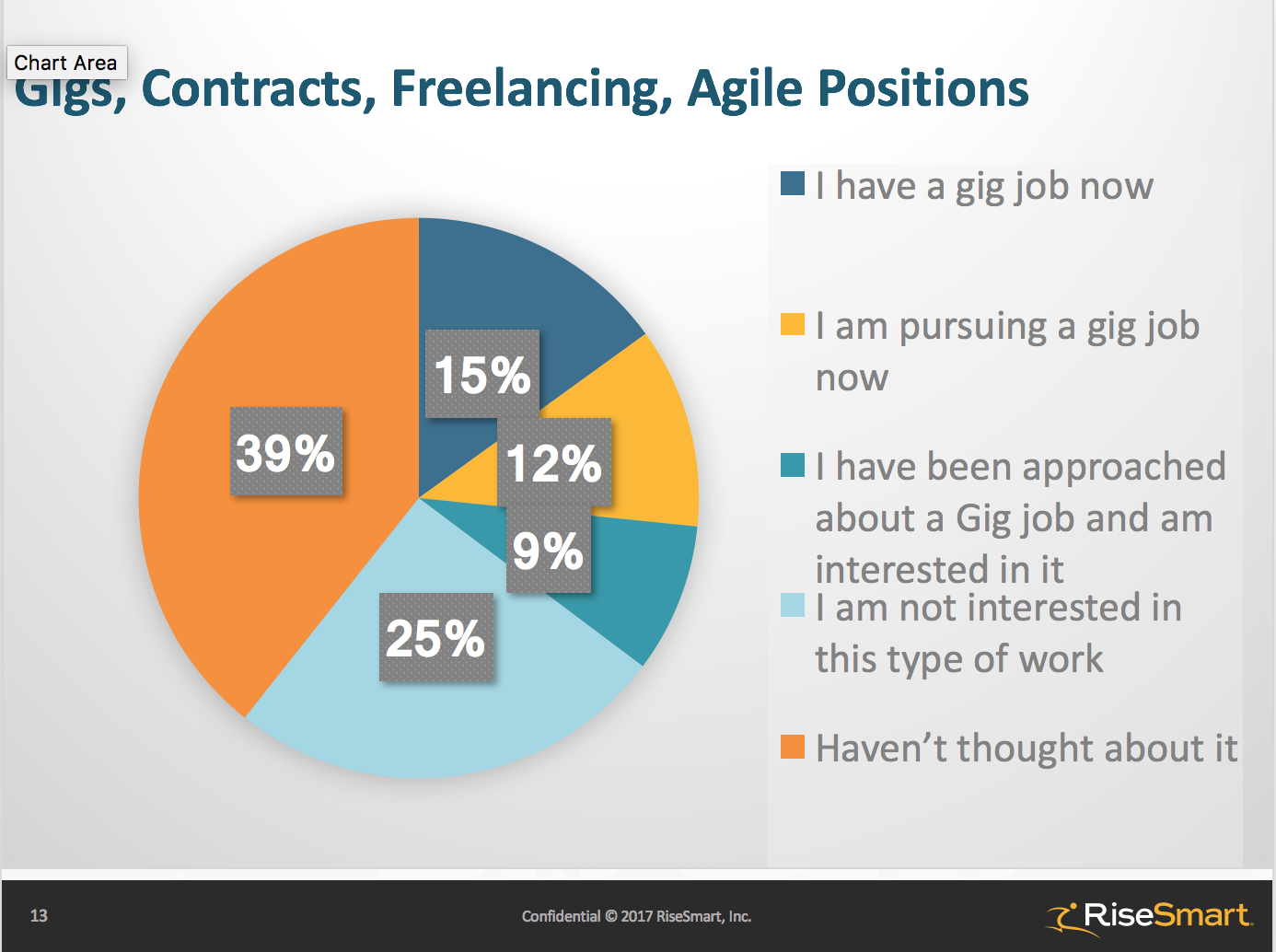 Our survey participants were eager to share that many of them had a gig in the past, or were about to start a new gig. For those already working in a gig situation, most would entertain an offer of full-time employment for the job they’re currently doing. The gig economy is often associated with a particular age group, or social profile, and many people make assumptions about why people engage in gig positions.

When we asked the question, we found a variety of answers, including:

Surprisingly, the majority of people in a gig position are there, not because they prefer gig work, but because, for now, gig work is their only option. For those who prefer gig work, we offer special career counseling and specialized job search strategies to help create a mosaic of gig jobs that fit both the career desires of the applicant and their financial needs. For many people actively seeking gig employment, their workday includes interacting with more than one company and working simultaneously on several projects to make a full-time equivalent salary.

HR leaders are often concerned about the state of mind and the focus of job seekers when they’re in an involuntary career transition situation. Contrary to what employers might assume, people in transition, even when it’s involuntary, are not desperate, and that’s a sign of the current market. People feel free to pursue the right fit in their job searches – not just the first job.

In addition, laid off employees aren’t as angry as many employers fear.  Of course, the job seekers we surveyed were immediately provided RiseSmart’s career transition support and assistance to find a new job.  In fact, those we surveyed were overwhelmingly positive and focused on doing what it takes to land a new job instead of spending their time and energy being angry. Some people were even relieved. They knew the layoff was coming and had been waiting to make a decision about their own next steps. Once the notification came, they were glad to have a definite answer and found a clear path to moving on.

During the course of helping people find new jobs, we often hear complaints about the action of companies during the recruiting and hiring process. It’s important for all organizations to take note of the things that turn off potential employees and may turn up as comments on social channels, such as Glassdoor or Twitter. While the majority of companies are doing a good job of communicating effectively with job candidates, there is still some room for growth. The negative comments job seekers shared with us all relate to experiences with poor communication from organizations.

A little common courtesy and having systems in place to effectively schedule interviews, keep hiring managers and others on target to meet with candidates, conducting interview training, and practicing good communication with interviewees will keep organizations from receiving negative reviews and strengthen the employer brand. Companies hoping to maintain a positive employer brand, need to do a better job of communicating with applicants and with interviewees, people that they’ve actually brought in as candidates. Closing the process with a simple thank you, letting candidates know you’ve decided to go in another direction, or communicating that the person is not the right fit for the team, can be accomplished with a few email templates and a short amount of time and resources.

If the market continues to evolve in the direction we have seen it changing in the last few years, employers will continue to focus on creating a positive employee experience that begins the minute the candidate applies for the job to well after employees have left the company. The Gig Economy and what we call the “boomerang employee phenomenon” – where a respected member of the team returns to the same company after spending time at other companies in the industry – will continue to push employers to improve their hiring processes and influence how job seekers look for, and accept, new employment.