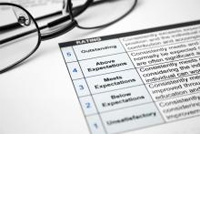 Microsoft has done it. Motorola has too. And these two tech giants are not alone among the companies reacting to the growing amount of research and opinion suggesting that annual performance reviews do little to help you get the most from employees. Instead, these companies have shifted their style of performance management to a continual evaluation process that provides coaching and training throughout the year. Is it time your company did the same thing?

Looking at recent research from Deloitte, it’s likely you are already at least considering it. Results from the Global Human Capital Trends Report 2014 show that a majority of companies — 70 percent — are either currently reviewing their performance management system or have reviewed it in the last 18 months.

But even as much of corporate America is starting to doubt the benefit of instigating an ongoing performance management system, not everyone is on board. Yahoo ended 2013 — a year during which the company made headlines by abandoning its popular work-from-home program — by announcing that it would actually start ranking employees.

Yahoo, though, is clearly in the minority. More and more companies are shifting from the practice of a singular annual review, and some are abandoning employee reviews altogether. If Deloitte’s research is right, many Human Resources professionals will embrace that kind of move. Of the HR executives the company surveyed, 58% said that their current performance review processes led to an ineffective use of time and did not drive engagement or performance among employees.

One of the chief complaints from managers is that the annual performance review takes time away from doing their main duties. For example, software manufacturer Adobe abandoned its rigid performance review system in favor of something more relaxed and informal and now estimates that its new method saves the company 80,000 hours a year.

One inherent flaw with an annual review system is that it’s annual. Individual employees receive feedback on issues that may have happened months ago. It’s too far in the past to address the specific issue, and bad behaviors may become so ingrained by the time the review happens that it is difficult for the employee to change.

A review must be approached in the moment, as a teacher might approach a student in school: instead of waiting until the end of the year to inform a student that a fundamental concept hasn’t been mastered and that student must now be held back, a good teacher engages with a students who are struggling before they can fail. True career empowerment comes from in-the-moment feedback, course correction, and mentorship year round.

Ranking systems can also discourage innovation in the company. Employees who might be otherwise predisposed to push boundaries and try new things might feel discouraged from rocking the boat if a failed idea can lead to a failing review At a time when innovation is priority, encouraging inventiveness and creativity is a must—and, again, by encouraging an ongoing dialogue and open and honest feedback throughout the year, companies can keep employees engaged and taking smart risks to keep the company moving forward.

Would you consider giving up your annual performance review and ranking process? Why or why not?