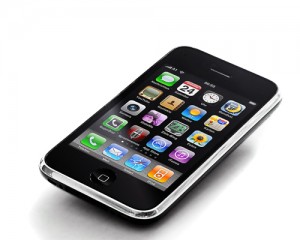 Is the future of HR in here?

In August, Frost & Sullivan released a survey measuring the state of the mobile app in the workplace. The results should be eye-opening for anyone who still doesn’t believe the key to running a company is one day going to be in the palm of your hand.

And they should speak most directly to HR professionals, since the four mobile enterprise applications the study focused on were mobile workforce management, next-generation fleet management, mobile office, and mobile sales force automation. (Learn more about RiseSmart's mobile app for outplacement, Transition Concierge To-Go.) The study found that applications in those areas earned $2.84 billion in revenues in 2009. But the truly staggering number is the prediction that that number will jump to $10.87 billion in just five years.

One of the big factors driving this growth, it appears, is SaaS:

On the pricing front, the move toward a software as a service monthly fee model helps tremendously, especially when the hardware expense can be bundled into the monthly charge. Vendors must also continue to increase the standardized components of their solution and keep customization complexity to a minimum. From a marketing standpoint, more verticalized solutions and more case studies that are pertinent will help convince naysayers to pilot a mobile solution. Very importantly, according to the survey responses, current solution users also remain excellent prospects for expanded deployments and incremental sales.

That’s because the majority of companies surveyed reported that they were extremely satisfied with their mobile applications, making them very likely to talk up the technology to the uninitiated, who may already rely on their iPhone or Android but not considered them as an HR solution.

Some people see a high ceiling for this phenomenon that goes beyond dollars and cents, straight to the core of how business is done. HRSentry CEO Dean Haller, quoted at Human Resources IQ, comes this close to saying the mobile app potential for HR is limitless:

From our perspective, there’s huge potential. I don’t want to say it’s limitless but I think we're just scratching the surface right now. There’s so much information that’s collected from employees. I can see the day coming not too far down the road where you have the ability to go through benefits enrollment, or manage the human resources information that an organization collects on each individual. I can see the app being used for the employment process. And that information goes into a database and to the hiring manager immediately. I can envision someone walking into an employment office and sitting down and the receptionist giving them an iPad instead of a clipboard and saying, “Here, fill out this application.”

That reality doesn’t seem so far away. Larry Stevens at HR Executive Online notes that a slew of HCM vendors—Kenexa, Taleo, SuccessFactors and CyberShift and more—are releasing app versions of their software.

Mobile applications must be easy to use and optimized for the small-form factor. Vendors that develop mobile versions of their HR applications should limit text input, and rely as much as possible on radio buttons (a graphical user interface that lets users select one choice from a group of options) and check boxes instead.

But what about advice for companies implementing the software? Workforce.com has a good list of warnings to consider before getting too app-happy.

The fact is, there are only so many things that employers can realistically expect people to do on their cell phones. Entering multiple pages of data simply isn’t one of them (yet). Also, though security is certainly better than it used to be, it’s still a big issue, especially when important company information can end up left on a coffee shop table. So no one is arguing that apps are a panacea, but as they continue to evolve they’re going to be more and more a central part of HR solutions.