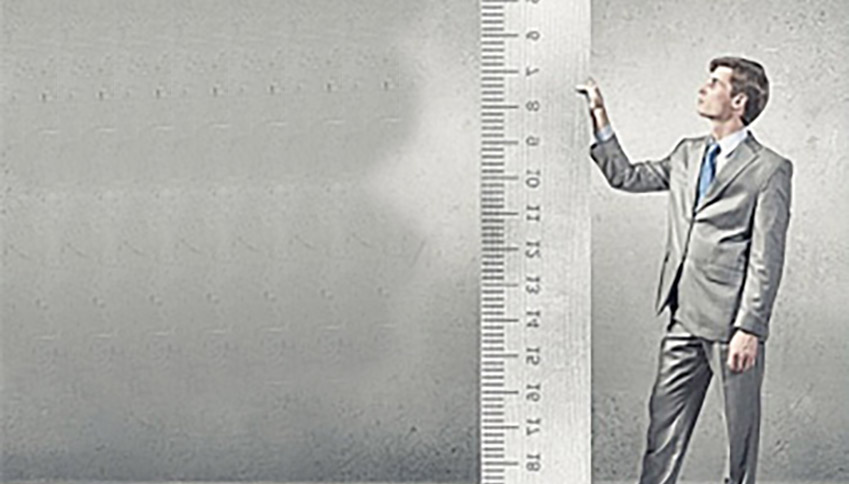 In June 2013 I boarded a plane from Austin, TX headed home.

I had just completed a week of client visits and kick off meetings. I was exhausted. I quietly took my seat as normal, when my seatmate sat down looked up and down and said “Hi, I am ‘Max.’” (I use quotes around his name, because that is what he SAID was his name, which I would later learn it was not). But that is neither here nor there right now.

Exchanging the pleasantries: What do you do? Why were you in Austin? Do you like your whiskey neat?

You are probably asking your self right now why the any of this matters to the blog post. Well, about 45 min into the flight, “Max” came clean he was actually the Chairman of the Masters of Science and Technology of a major university. And me, being the technology dork that I am, now had a 100 questions to ask him. That flight from Austin was never so short. As we deplaned, Max said I should read a book called “How to Measure Anything” by Douglas Hubbard--which I did promptly upon getting to my nearest Barnes and Nobles. If this topic interests you I highly recommend picking it up.

Here is what I have learned from that book and my subsequent research, as well as how you can apply it to basically anything—including human resources:

The main purpose of a measurement is to reduce uncertainty around a problem.

We are looking for exacts, mainly because there are very few exacts in the world. With that understanding you can start approaching your questions a little differently. One way I like to approach questions on how measure something that seems immeasurable is to apply the “Fermi Question.”

The Fermi Question tells you that you can get a pretty good approximation of your exact with little to no data by using the the assumptions you already have.

Let me give you a quick example: Lets say that you want to know what a reasonable req load is for your recruiting team. Take what you know already and put it in the equation.

You had an average of 8 recruiters last year, and over the same time period your company added 374 new staff. So you filled an average of 31 jobs a month, with each recruiter filling almost 4 a month. So you can say it is reasonable for each to carry 4-8 reqs on a regular basis.

Remember you are looking to reduce uncertainty, not find an exact. This works really well when you have a seemingly overwhelming problem that you feel you can’t measure or hasn’t been measured in the past.

You can apply this to anything business or personal problem that matters to you. Take what you do know and plug it in, and you will be amazed by how much you already know about the problem.

Caleb Fullhart is a Principle Consultant with Strio Consulting, where he leads Strio's Systems Business. His work encompasses integration, configuration, and implementation of HR systems for a variety of companies and HR Systems to increase companies’ levels of efficiency and effectiveness. Caleb has been in recruiting for over 14 years and has specialized in candidate generation, social media, advanced sourcing techniques and Big Data within Human Capital. Connect with him on Twitter @cjfullhartor onLinkedin.