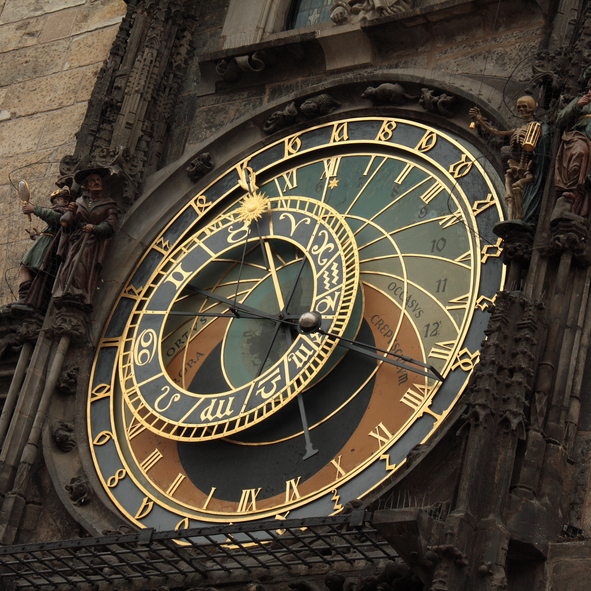 Most people believe that timing is an art. But timing is really a science. We tend to make our decisions about timing on gut instinct and intuition. However, there's a rich body of evidence across many fields, from social psychology and economics, and also into things like endocrinology, anesthesiology, and a whole field of chronobiology that suggests that when we do things is just as important as what we are doing – in some cases, more.

Some questions this research can answer include:

In a recent RiseSmart #SmartTalkHR webinar, “From Gut Feeling to Good Planning – The Scientific Secrets of Perfect Timing,” author Daniel Pink discussed some of the scientific finding and insights from his recent book, When, The Scientific Secrets of Perfect Timing. During his research, he discovered that the hidden patterns of the day profoundly affect our mood and our performance. In this webinar, he touches on a few of those findings and offer some suggestions for people to make better decisions about their time, and other people’s time, to improve productivity and performance.

The hidden pattern of the day

In his research, Daniel identified a couple of studies about time and its effect on mood and performance. In the webinar, Daniel discusses those studies in more detail. In summary, researchers have found that people’s emotions change in a pattern of peak, trough, and recovery. What researchers found is that individual performance follows the same pattern as their emotions. When people are feeling emotionally positive, their performance is at a peak, when emotions drop, so does performance, and as emotions recover, performance begins to rise in response.

We also see some really interesting, and somewhat alarming, consequences in healthcare. The difference between going to a healthcare provider in the afternoon and in the morning is actually pretty significant. I'll give you an example. Anesthesia errors are four times more likely at 3 p.m. than at 9 a.m. Doctors find half as many polyps in routine colonoscopies in afternoon exams as they do in morning exams, even for the same population. Doctors are more likely to prescribe unnecessary antibiotics in afternoon exams than in morning exams. Nurses in hospitals, far less likely to wash their hands in the afternoon than in the morning.

These researchers found that there is this a difference in how people perform at different times of the day. In fact, one famous chrono biologist, Russell Foster at Oxford says, "The performance change between the daily high point and the daily low point can be equivalent to the effect on performance of drinking the legal limit of alcohol."

"The performance change between the daily high point and the daily low point can be equivalent to the effect on performance of drinking the legal limit of alcohol." @RiseSmart #SmartTalkHR https://bit.ly/2G272gL

While we can be very intentional about what we do, we aren’t naturally cognizant of when we do it. What we're looking at here is something that researchers call the synchrony effect – the practice of matching up people's chronotype, their task, and their time. To experience synchrony, you must first determine your chronotype. (Chrono for clock, biology for study of life.)

To get an idea of your chronotype, begin by answering this question, “On a day when you don’t have to wake up to an alarm clock, what time do you usually go to sleep and what time do you typically wake up?” From there, calculate the mid-point of your sleep (half-way between the time you go to sleep and the time you wake up). Based on your midpoint of sleep, you can determine your chronotype.

Most of us are in between – neither strong larks nor strong owls, but you will be closer to one than the other.

Larks, Owls, Third Birds, and When Work Is Done

Researchers have found that we are more productive when we choose the types of tasks we do based on our chronotype. For instance, people end up doing analytic work, solving analytic problems more readily during their peak than during the trough and during the recovery periods of their days. We are better off doing analytical work during our peak than in any other time of the day. What research has found is when people try to answer analytical questions in their non-peak times, they're more likely to get it wrong. When they answer it in their peak times, they're more likely to get it right.

Now, this seems kind of weird and it's what the researchers who've uncovered this call the "inspiration paradox,”. For insight problems, we're better off doing it during the recovery rather than the peak. Why? Because during the recovery we have elevated mood and less vigilance, but in the peak period we're very vigilant and we’ve blocked out distractions. For insight problems, for creative kinds of work, you actually want a little bit of distraction to enter.

What all of this research suggests is that when we should tackle specific tasks depends on the type of task we’re trying to do.  For the 80% of us, our peak stage is usually the morning and that's the best time to do analytic work, work that requires heads down, focus, and vigilance -- writing a legal brief, analyzing data. That's when we should be doing that kind of work. During the trough, that's not good for much at all, as we know from the declining test scores, as we know from some of the problems in hospitals. There we're better off doing our administrative work, filling out our TPS reports for all you "Office Space" fans out there, or answering routine e-mail, work that doesn't require a lot of cognitive firepower.

Finally, during the recovery stage -- which for most of us is late in the day or early in the evening -- we're better off doing our insight work because we have elevated positive mood and less vigilance, which makes it a good time for, say, brainstorming or iterative kinds of things. The key to improving your own performance, or the performance of people on your team is in harnessing the synchrony effect is to match each chronotype. When planning the when of your life, ask yourself these questions:

Now, no one can tell you, "Oh, start doing analytic work every day at 8:11 a.m." It doesn't work at that level of specificity and granularity, but if you want to improve your performance, you need to figure out your chronotype and look at the time of day you’re performing specific tasks to ensure you’re following a general pattern of peak, trough, and recovery.

The takeaway here is that we need to be much more deliberate and intentional in scheduling individual and team work. When people work often matters as much as what they do. To achieve the highest level of performance, we need to move our analytic tasks to the peak of our days and our insight tasks to the recovery period. And actually, don't squander either of those periods doing our administrative work. Leave that for the trough.

Whether you’re looking for ways to improve your individual performance, or you’re the head of HR and you’re looking for clues about how to start rebuilding the architecture of the workplace to accommodate higher performance and productivity, the science of chronotypes and task alignment will give you a good place to start.

Daniel H. Pink is the author of six provocative books — including his newest, When: The Scientific Secrets of Perfect Timing. His other books include the long-running New York Times bestseller A Whole New Mind and the #1 New York Times bestsellers Drive and To Sell is Human. His books have won multiple awards and have been translated into 37 languages. He lives in Washington, DC, with his wife and their three children.