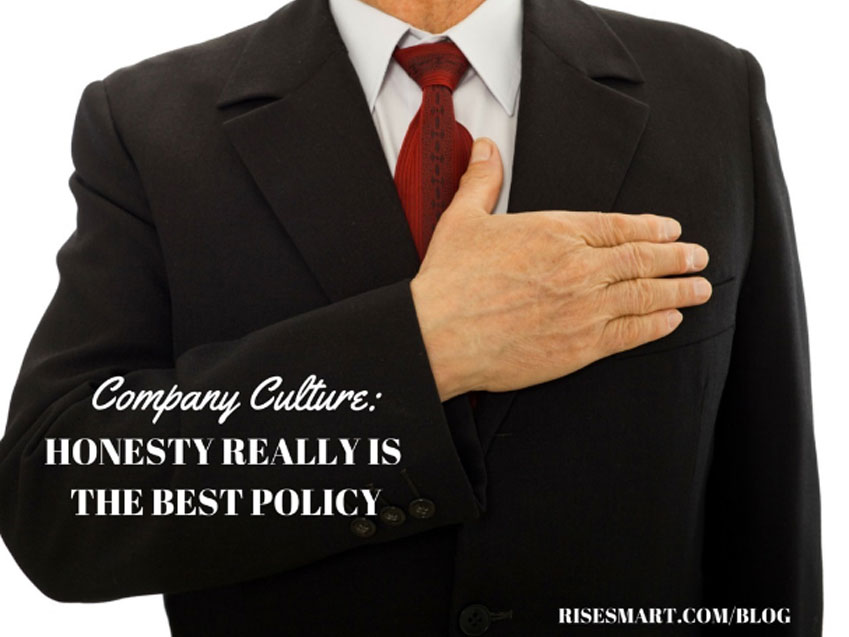 As the labor market continues its slow but steady improvement, employers will need to pay more and more attention to what kind of benefits attract and allow companies to retain top talent. Starting in the days of the Dot Com frenzy of the late 1990s and early 2000s, tech companies in Silicon Valley launched an arms race of sorts over who could provide the most extravagant perks. Catered lunches, Friday happy hours, and massages became a given in companies’ efforts to entice and keep the best programmers and developers.

While it is true that some companies outside the tech sector have embraced the laid-back, perk-laden approach to employee happiness, there is increasing evidence that employees crave something a bit more substantial. Indeed, a recent survey queried 11,000 potential employees about the so-called “personality traits” they valued most in a company. Coming in at number one, at a whopping 78 percent, was simple honesty. But what does it mean to have an honest company and why does it matter?

Living a Culture of Honesty

The survey results that put such a premium on honesty make at least one thing crystal clear: with so many employees craving it, there must be a strong belief among workers that honesty is not a given at most companies. What can a company do to build and reinforce that culture of honesty and transparency?

It starts with communication. Simply put, companies that are transparent at all levels during good times and bad will deservedly be regarded by employees as “honest.” So what does that mean? For a start, it means that managers should hold regular one-on-one meetings with the employees they supervise. And during those gatherings, supervisors should be careful to listen as much as they talk. What does an employee think he or she needs to do the job better? What processes and policies does he or she think can be improved? At the same time, managers should be transparent about an employee’s strengths and specific ways to improve any deficiencies.

The same sort of open communication should exist on a companywide level. Depending on the size of the company, CEOs should try to meet with entire departments (or even the whole company, if that is possible) to lay out the strategies of the business and how every employee’s work contributes to those goals. Soliciting and responding to feedback from employees also builds a culture of honesty. And remember, it is more important than ever to be honest during challenging times. Do not wait until a painful downsizing is at hand before explaining why the company is struggling. Companies that are straight with employees when times are tough will in turn receive more respect and understanding than those that gloss over problems.

How a Culture of Honesty Pays Off

The ability to better navigate difficult times is just one of the benefits of a company culture built on honesty. Honesty during good times is also powerful, especially when the company seeks out employee input – few practices can generate as much enthusiasm or momentum. But companies that are built on honesty achieve something else that is as lasting as it is beneficial: they create brand ambassadors.

With honesty strongly desired by employees, don’t think for a moment that experiencing a culture that is truly transparent will be forgotten. Existing employees will become vocal champions of a culture of which they feel honored to be a part, and former employees will be happy to share their belief in the company with potential new hires, customers and partners. If your culture is not one that is already built on honesty and transparency, it can feel difficult to begin making necessary changes; however, the long-term benefits of honest communication are well worth the effort.