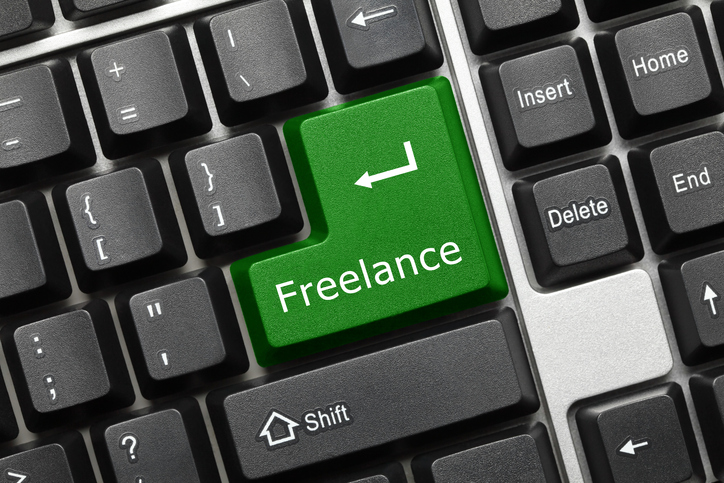 As many as one-third of the 1,000 U.S. office workers polled by Adobe had a second job, and more than half (56%) believe we’ll all have multiple jobs in the future. The Gig Economy, or Flexible Workforce -the labor market “characterized by the prevalence of short-term contracts or freelance work as opposed to permanent jobs" -  isn’t just a cohort of freelancers looking for work. The large majority of workers (81%) are now willing to do additional work outside of their primary job if it allows them to make more money.

But there has to be more than money driving this major shift. It’s not just workers vying for “gigs” -- employers are entrusting contractors and freelancers with important work more frequently than ever before. Across nearly every industry and nearly every position, contract workers are supplementing the work of full-time employees. Contractors are no longer only writers and website designers-- even C-level executives and IT teams are available for interim hiring. So, what’s motivating the rise of the Flexible Workforce-- and the employers so eager to hire them?

Today’s employees, especially of the Millennial generation, are largely motivated to obtain gig work. Adobe’s “Work in Progress” survey reported that aside from earning more money, Millennials list “pursuing a passion” as the number one reason they held another job. The same survey revealed other motivators for gig workers, like obtaining more career experience, learning new skills, and network opportunities.  Other motivating factors we’ve seen at RiseSmart, specifically when partnering with employees going through a career transition who are considering entering the Flexible Workforce, include:

Getting the most out of life

In one Quartz article titled “Millennials are obsessed with side hustles because they’re all we’ve got,” the author explains why she believes employees actually feel empowered from “side hustles,” or gigs. She says, “The side hustle offers something worth much more than money: A hedge against feeling stuck and dull and cheated by life. This psychological benefit is the real reason for the Millennial obsession, I’d argue, and why you might want to consider finding your own side hustle, no matter how old you are.” Today’s workers want to find meaning and purpose at work, and gig work can provide the option to only work on what you’re most passionate about.

When you’re a gig worker, you have control over your workload. Individuals in the Flexible Workforce, from Uber or Lyft drivers to freelance writers, can pick and choose how much to take on, and where and when to work. One LinkedIn survey of nearly 10,000 workers revealed that 46% value working in such a fashion because it allows them to create and control their own schedules. 35% of those surveyed like the work/life balance that the Gig Economy provides, according to Forbes.

An Intuit survey of 6,247 Gig Economy workers showed that 57% of freelance workers choose the freelance path to earn more money. The average person in the Flexible Workforce makes $60,000 a year, according to MBO Partners. When you become a gig worker, you are not tied to incremental salary increases, or limited to how much you can make. Of course, depending on your industry, the sky is the limit.

Control over your destiny

Whether you’re looking to make more money, try something new, or be your own boss, gig work gives you more control over what you do next. Freelancing enables you to try something out, learn from your experience, and then decide if you’d like to continue working in that same capacity. As a gig worker, you control how much you want to work and what your next move may be. And if you have a bigger dream, or feel as though you’re never satisfied with a traditional job, entering the Flexible Workforce might be a refreshing change of pace.

It goes without saying that plenty of gig work exists, given the increase in the amount of contract work completed year after year.  For the most part, employers are open to the option of contract workers, given the short time it takes to onboard them, and how easy it is to hire for a very specific skillset.

When employers seek gig workers, they are often looking to fill a very specific role. Because the gig worker is not full time, or expected to only complete a project one at a time, it’s less important they are a personality fit, and more important they can get the job done efficiently and effectively. Gig workers prove to be a major advantage for employers who need talented labor and can find specialists to complete jobs as they arise.

Traditional onboarding processes can take weeks, or even months. Individuals in the Flexible Workforce are expected to onboard much more rapidly, and more seamlessly integrate their work with the team. Because organizations are typically onboarding gig workers for their expertise and not their full-time commitment to a company, the process is nearly non-existent as temporary workers are only given the information they need to complete a single task or project.

It’s not that companies pay people in the Flexible Workforce less, it’s that they don’t have to pay for unemployment, benefits, or even taxes. Employers only pay for the cost of labor. There is even greater cost-savings, however, when you factor in how much businesses save by only hiring workers when they need help the most. For example, a company might be ramping up and need additional sales staff, or perhaps they are revamping a website and need a short-term designer. The gig economy enables businesses to only pay for the labor they need, when they need it.

If you’re considering joining the Flexible Workforce or hiring a gig worker, there has never been a better time. In fact, entire companies, like Sparkhire, for example, are dedicated to helping place gig workers in the best-fitting contract positions. Whether you’re looking to make a change in your career path, or currently seeking a new job, entering the Flexible Workforce might be a viable option.