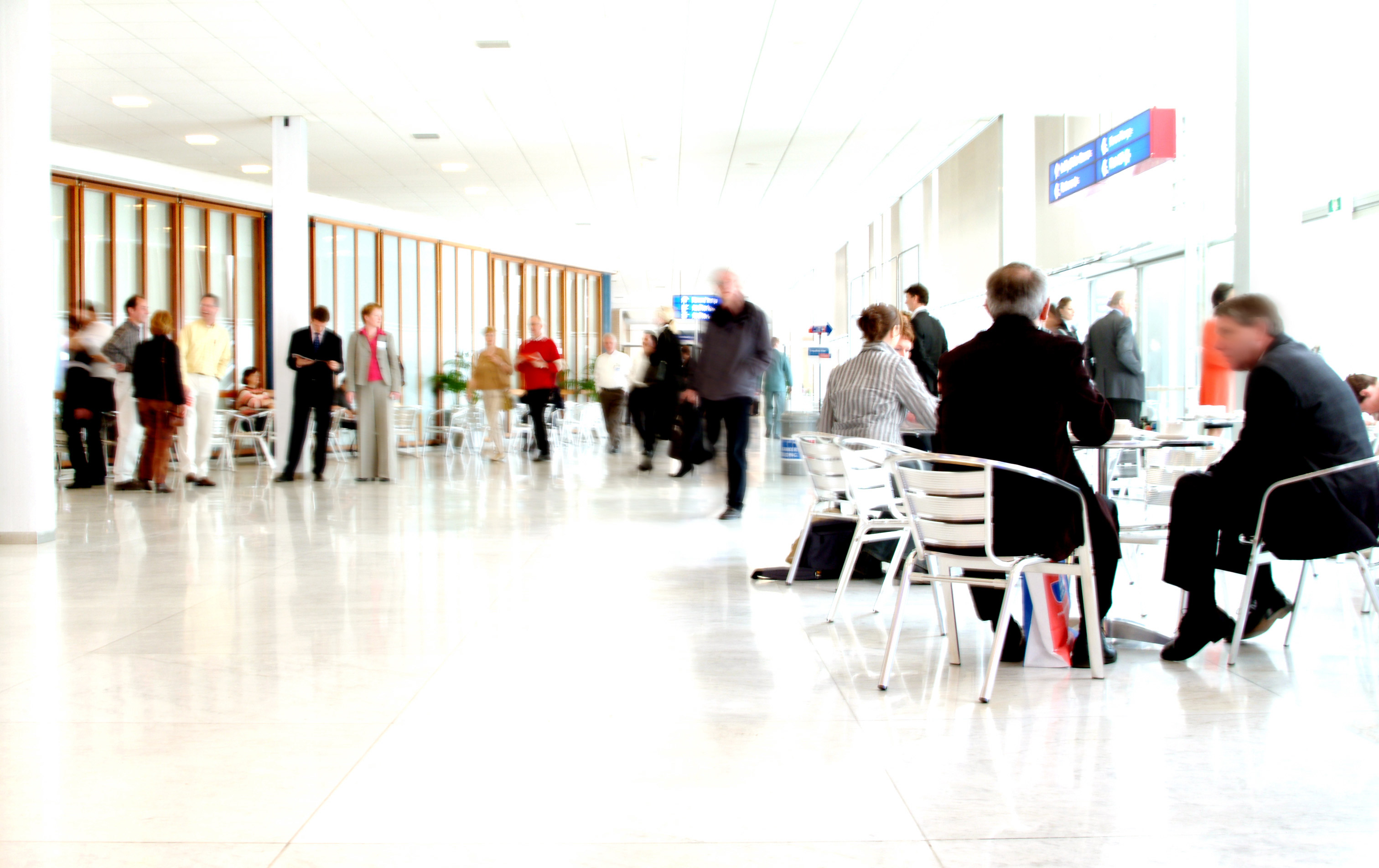 Trade shows and professional conferences are well-known for their networking opportunities, yet many people leave these events no more connected than when they arrived. Part of the lure of attending events - where thought leaders and peers in your industry gather - is to make more connections, learn about trends and best practices, and possibly advance your own career. Whether you’re actively looking for a job, or looking to establish your own leadership brand in the industry, making connections at industry events takes a little finesse and a few simple strategies.

Counter to popular belief, networking does not come naturally to a lot of people, no matter how long they’ve been in the industry or your current level within an organization. The challenge for most people is to know how to move the conversation from a simple introduction or brief chat about the food or weather, to a productive conversation that ends in a real connection with another professional in your industry.

To get the conversation started, here are a few basic networking ideas broken down for you. If you keep these in mind, you’ll become a natural in no time.

To begin networking with fellow attendees, start the conversation with the intended topic. In other words, discuss the purpose of the event. This is one thing you already know you’ll have in common, and can serve as an easy ice-breaker. Ask questions like “what brought you to the show?” or “do you do business with any of the vendors here?” The more information you can gather at the beginning of your conversation, the easier it will become to move into a deeper dialogue later on. Remember, this is a conversation, not a transaction. Make it as natural as possible.

As you establish a conversation by asking initial questions, listen carefully to the answers to determine if there is any common ground. Do you share a goal or purpose with the person you’re talking to? During the conversation, you may discover that you’re both from a nearby city or have both worked with a particular vendor in the past, you may even discover that you have common connections in the industry or have attended the same school. Whatever you discover, don’t miss the opportunity to acknowledge your commonalities and their significance to you. Making these connections, however small they may seem, will help you both remember the conversation. Take notes about your connections and any relevant information about your chat as soon as possible once the conversation is over. Your notes will help you break the ice in your follow-up after the event and will serve as a way for the other person to remember you.

After you’ve completed the initial conversation and established a connection, spend some time getting to know the other person. People love to talk about themselves and are more likely to stay interested in the conversation if you’re genuinely interested in them. Start by asking some background questions. “What has your career trajectory been?” “How did you land the job you have now?” Show interest, without making the other person feel awkward or like you’re stalking them. It’s easy to be genuine if you discuss topics you care about. If you’re looking for a job, for example, ask questions that prompt dialogue about how they landed their job or how they’ve climbed the ladder at their current organization.

Networking conversations are not Q&A’s

Be careful not to become the inquisitor. Remember, you’re not interviewing people to qualify them to be in your network, you’re starting conversations that may lead to opportunities in the future. Keep the conversation moving and natural by asking questions and sharing your experiences. Don’t rely on only asking questions. Share your background and expertise, as well.

It’s perfectly acceptable to share the fact that you’re in the market for a job, but be sure to phrase it appropriately. Don’t lead with, “I’m looking for a job, do you know of anything?” You don’t want to sound desperate, or like you’re attending the trade show to find leads for a new job. It’s better to build meaningful relationships with people in your industry who can later recommend job openings or connect you to with the right people to get hired.

This is a conversation, not a transaction. Even if you’re in the middle of a career transition, networking at a trade show should never be about landing a job. Similarly, if you are in a sales role, trade shows aren’t the time or place to make a sale. Instead, focus on establishing and building the beginnings of key relationships.

At some point in the conversation, it’s going to be clear that the person you’re talking to is ready to move on. Be sensitive to signs that the conversation is wrapping up. Don’t wait too long to exchange information or you may find yourself standing alone after your potential network connection has excused him/herself to move on to engaging with other people in the room.

When the conversation begins to wind down, if you feel the person might be someone you’d like to add to your network, be upfront about your desire to follow up. Whether you send them an email on the spot or exchange business cards, don’t leave without trading information. Simply quickly connecting with everyone you run into and collecting business cards is a rookie mistake. Instead, take the time to talk with individuals to decide if following up would actually be meaningful and helpful for you.

Don’t forget to follow-up with your new network connections

Here’s a bonus step: follow up after the trade show. Why spend the time and energy to launch new relationships at an event, only to forgo follow-up? You’ve made a new connection, now’s the time to really establish a relationship and gain the benefit of all your hard work.

Maybe you’re not ready to email the people you just met that night (after all- it’s time to relax and enjoy yourself), or even the next day, but don’t wait too long. You want to reach out to them while their memories of meeting you are still fresh. Try blocking time on your calendar for “networking follow up” so you know you’ll get it done.

When you’re in the middle of a career transition, building new relationships can be hugely helpful in securing a new role. In RiseSmart’s recent Job Seeker Study, we found 42.9% of job candidates schedule interviews as a result of networking – the highest percentage of any other source, including job boards, recruiters, company websites, and job fairs. The hype about trade shows and conferences is true – they are great places to advance your career through networking.

Whether you’re gearing up to attend a trade show, or have registered for an event that is still a few months out, move forward with confidence. Trade shows provide plenty of opportunities to establish valuable relationships.

Remember, you’re not going to the trade show to find a job—you’re attending with the goal of connecting and staying in touch with new people who share your common interests and goals. Once your perspective has changed, it makes it much easier to converse freely and naturally. Good luck!