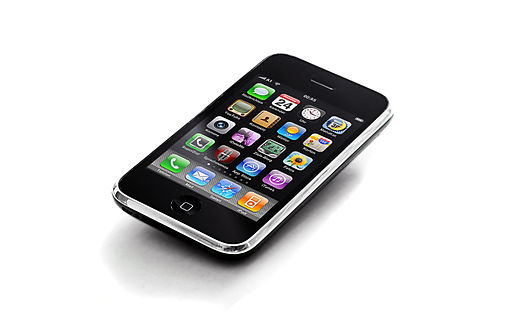 Finally, a prediction about 2012 that has nothing to do with that pesky Mayan calendar and the supposed end of the world. According to phonecount.com, a site that uses an algorithm to, among other things, count down to the day that everyone on Earth is connected by phones, predicts that by Feb. 21, 2012, the number of connected phones on the planet will surpass the human population.

As Anders Northeved pointed out this week, that means that for every person who doesn’t have a phone, someone will have two. It’s a level of connectivity that was unthinkable in the 20th century, and as phonecount.com points out with its rapidly growing count of phone Internet data connections, smartphones are the most significant part of this growth.

Northeved describes how this could mean sweeping changes in the HR world, especially in the area of self service:

Lots of organizations have ripped the benefits of Self Service in their HCM program. The administrative work has gone down; the HR data are more accurate; it’s easier for the users to get access to information; the user acceptance has gone up and the cost has come down – all well and good if the employees have access to a computer…But with more and more people having a mobile, we will see the benefits of Self Service come to a lot of areas where people do not have access to computers like retail, production and transport.

The implications for HR are staggering, since a whole new pool of smartphone-networked employees means both possibilities and responsibilities. Smartphone apps are already revolutionizing the industry in huge ways, from recruiting to outplacement services. (RiseSmart’s mobile app for transitioning workers, Transition Concierge To-Go, was released last year.)

Self-service HR has become so invaluable that a Forrester Research report termed it “an essential core application” for businesses. “Virtually any company with more than 100 employees should have an automated system in place,” the report continued. The report noted the benefits to mid-size firms including, efficiency, cost savings, ease in complying with regulations, and managing legal exposure. Some firms say they have quickly realized return-on-investment in labor savings alone. “Self-service is a tremendous help, because it frees up our time,” says Steve Riccobono, Register.com’s HR manager. “It truly helps get us away from the administrative parts of the job.” Riccobono’s office uses Allixium West’s SelfSource product. Depending on the number of users, the SelfSource system can cost from $1,000-$10,000, according to Auxillium West’s Loy Oppus.

Foley writes that other than the initial data entry, the new applications allow employees to do everything from print their pay records to manage their benefits themselves with minimal burden on company resources. The initial wariness many employers felt in regards to security issues has pretty much evaporated:

If employees input the data, could they conceivably alter their compensation or benefit information? Spy on another employee’s personnel file? No, say providers, who point out those self-service applications include security features to protect against employees making unauthorized changes or accessing another employee’s personal data. Add-on modules for services like SelfServe or Sage’s Abra include training, recruiting, and COBRA continuation healthcare software after an employee has left the company. The COBRA tool allows companies to keep track of former employee requests to extend their workplace-offered health coverage with ease. “COBRA is terribly time-consuming,” notes Riccobono. With SelfSource, the company doesn't have to outsource COBRA. "That's a real cost savings."

We still don’t know why the Mayan calendar ends in 2012 (perhaps they simply never got around writing out the next one?), but that doesn’t change the fact that predictions about phone connectivity and big changes in HR for next year still look a lot more realistic than the ones about the end of the world.