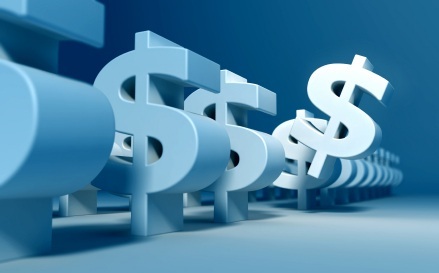 One of the reasons that outplacement is a valuable benefit for employers as well as employees is that it can soften hard feelings when a workforce reduction happens.

Left without assistance, employees who feel abandoned by their companies are more likely to file lawsuits—most of them meritless.

According to the Equal Opportunity Commission (EEOC), workplace discrimination lawsuits soared to record heights in 2010, up 7.1 percent from 2009. It was the largest number of claims filed in the EEOC’s 45-year history.

Interestingly, only a tiny minority of these lawsuits are successful—94 percent never even get to trial. Even the cases settled out of court tend to be for small amounts.

So perhaps the pile-up of such claims isn’t as big a problem as it seems?

Not so, says Stephen M. Paskoff. The president and CEO of ELI, an Atlanta-based company that provides educational solutions for creating an ethical workplace, Paskoff has penned a very interesting series of articles over the last couple of months that explore the hidden costs of these workplace claims.

In his first essay, “The 97 Percent Problem: Why Meritless Claims Matter,” Paskoff recounted how a friend working in a government agency had told him that charges of employment discrimination had risen significantly in his department.

He explained that most were claims of a hostile work environment, and that about 97 percent of them were found to be without merit—a microcosm, it turns out, of the national picture.

The conversation opened Paskoff’s eyes to a larger problem:

My legal mind immediately thought, ‘Only 3 percent at most are valid claims: Great legal defense record,’ especially when you consider these were probably settled internally and at relatively low financial cost. But then my understanding of broader workplace issues kicked in: A tiny minority of valid claims is not the true problem, especially in an era of crimped government or private sector resources. The real problem is the 97 percent of discrimination claims found to be ‘lacking merit.’ These cases may have turned out to be baseless, but still must be investigated over many weeks or even months, creating dissension and distraction, and draining far more human and financial resources than the 3 percent of cases with merit.

In that first article, Paskoff began laying out some guidelines to help reduce such claims: adopt specific standards for behavior rather than vague “value statements,” stop improper conduct before it becomes a pattern, and most of all, be proactive rather than waiting for problems to arise:

Whenever I hear a leader ask me to mark the line between legal and illegal conduct, it raises a red flag: If that’s all you’re worried about, then you’ll surely create conditions that lead to 97 percent of the charges, driving up costs while harming productivity.

In a follow-up article, “Dismissed Claims Cost Time, Productivity and Money,” Paskoff laid out how 16,947 such complaints in 2009 had cost the federal government over $115 million dollars and an estimated 3,863,916 man hours.

Finally, in “How to Minimize Employment Claims in the Workplace,” he laid out six guidelines specifically for managers, including guarding words and actions, treating employees with civility and respect at all times, being aware of body language, staying open to concerns, and promoting proper training.

In the end, he summed it up not just as a financial issue, but as a way of taking back the “civil workplace” that seems to have vanished:

Consistent leadership actions like these six principles have been shown to reduce claims—the 3 percent that are legally merited as well as the other 97 percent of those that are ultimately dismissed—and, more importantly, help build a civil workplace so vitally needed in today’s challenging times.