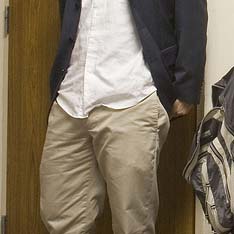 One of the most heated debates in HR — the employee dress code — got a new wrinkle this month, thanks to a little-noticed ruling from the National Labor Relations Board. As Joe Lustig reports:

"Employers are asking for trouble if they take adverse action against an employee who questions their dress code in front of other workers, such as issuing a written warning. That became clear earlier this month when the National Labor Relations Board ruled that a Nevada employee’s questioning of rumored changes to his employer’s dress code in the presence of other workers constituted “concerted protected activity” under the National Labor Relations Act."

The case centered on what may have seemed to be an innocuous shirt “tuck in” rule, established by Wyndham Resort Development Corp. When an employee, Gerald Foley, protested the new policy to a company VP, the company’s HR department issued him a written warning, and he was fired a few days later.

What’s most compelling about this case from an HR standpoint is that the NLRB decision specifically cited the written warning. Though the crux of the case was the employee’s interaction with his supervisor, the wording of the decision raises the question of whether it might affect HR’s ability to enforce an unpopular dress code:

"Foley took the first opportunity to question a newly announced rule affecting all of his male colleagues…Foley knew his fellow sales representatives’ penchant for wearing Tommy Bahama shirts untucked, and thus he would reasonably suspect that his coworkers would disagree with the rule change even if, as the judge found, he was unaware of their actual discontent."

Dress code has been a hot-button issue in HR for years. In the 2000s, employer philosophy seemed to shift toward the casual, a view “HR Bartender" Sharlyn Lauby summed up nicely a couple of years ago:

"You can wear a nice pair of jeans with an ironed shirt and look sharper than a person in a wrinkled suit. Nuf said."

She was one of many advocating for even more liberal guidelines:

"Want to give your employees a benefit that puts money back in their pocket? Change the dress code. The goal of a dress code policy should be for everyone to be safe and look presentable (translated: professional.) I think it’s time we give our dress code policies more than a little casual thought."

At the end of last year, though, the debate took another turn with the bombshell discovery of a 43-page dress code laid out by the United Bank of Switzerland. The Christian Science Monitor reported some of the details:

"Men should don footgear with a shoehorn; women should not wear new shoes. Suits must not only be charcoal grey, black, or dark blue, but dress coats must always be buttoned when employees stand, and open when sitting. Skirts must reach the middle of the knee with a tolerance for extending 5 centimeters below the joint. Stockings that are ‘opaque’ are out. Socks? Always black. Women may wear no more than seven jewels, men three. Scarves are compulsory, and to be tied with ‘authorized knots.'"

Bloggers had a field day with what one news outlet called the “surreal” language and excruciating detail of the policy. Suzanne Lucas, the “Evil HR Lady,” sarcastically called it “the best dress code ever”:

"Think of how great it would be to be in HR here -- specifically if you were in charge of enforcing the dress code. I mean, I could walk down the hall and say, 'Hey, Jurge, your tie doesn't match the morphology of your face!' And how could poor Jurge disagree with me? Because no one knows what that means."

Under the weight of global ridicule, UBS pared down the dress code in January, though they declined to say what policies they had dropped or altered. But the incident was a good lesson for both employers and employees: however casual we may think the workplace has become, companies do still have dress codes, and the contents of those policies will be a source of debate for many years to come.