Last December, I wrote about the first rumblings of a movement away from performance reviews, a monumental shift in the workplace culture of the last several decades. The debate over performance reviews hasn’t died down since then; in fact, it’s only continued to build.

There may be no one doing more to drive that debate than Rita Pyrillis, whose article “Is Your Performance Review Underperforming?” has set off a whole new round of calls to review the review. 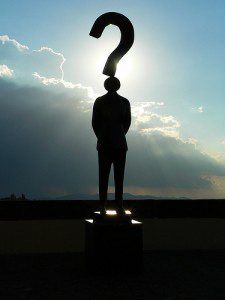 Citing the most recent Globoforce Workforce Mood Tracker study, which found that more than half of workers are dissatisfied with the performance review process, and examining companies like Apple and Zappos that have done away with the traditional annual review, Pyrillis summed up the case against it:

Performance appraisals are evolving as employers seek better ways to evaluate and motivate workers. Sitting down with a manager once a year for a perfunctory review isn’t enough for career-minded workers anymore.

Acknowledging that her story has stirred things up, Pyrillis participated in a live chat recently to talk about some of the issues it raised. The feedback was far-ranging, but one thing was clear: many of the HR staff and other managers who participated are looking at different and innovative options for evaluating employee performance.

One participant spelled out the specific problem her company was having with the traditional process:

We use traditional performance reviews, i.e. a review of the job duties and business-related skills each year. The problem is that we are a professional services firm with a lot of long-term employees and the traditional way of doing things is not effective. There is little movement opportunity here, a flat organization, and so the reviews are redundant.

Indeed, a poll conducted during the chat revealed that 78 percent of the participants felt that the annual performance review (APR) is not working. Several indicated their companies have already pulled the trigger on making changes, like the one who wrote:

We are moving to continuous 90 day review process from annual. Our hurdle is to make sure the managers have time and training to do it correctly. Otherwise, it is just more paper in the employees' files.

Another said her company is instead working on improving the APR, rather than getting rid of it altogether:

We're currently considering reducing the number of partners who are allowed to give annual evaluations and giving them extensive training in how to do it effectively.

Traditional reviews did have their defenders. Some suggested that the idea of doing more reviews or more in-depth reviews is simply unrealistic, with an even worse result. The main argument for traditional performance reviews seemed to be “they’re better than nothing”:

I read the articles on annual performance reviews, but I challenge getting rid of them. APR's if nothing else, are at least a guaranteed reminder an employee will see where they shape up relative to their expectations. Take that away and I bet some organizations would totally lose track of the feedback and employees would be in black holes so to speak. Plus reviews can serve as a good document to track employees not meeting expectations when termination may soon occur.

One of the most intriguing comments came from a participant who suggested that some of the problems attributed to the APR process may actually go to deeper management issues:

Unfortunately, there are a number of managers out there that avoid confrontation. There are two sides to this: (1) has the company provided the training, tools, and resources needed to manage effectively? (2) If the answer to one is "yes" then the company needs to decide how important "good managers" are. So, if you have managers that avoid confrontation - is the company willing to take a stand and either move the manager out of a manager role (or from the company). Here the question is how important are "good managers". Because, if a manager cannot provide feedback - particularly negative feedback - the team below them will never get better.