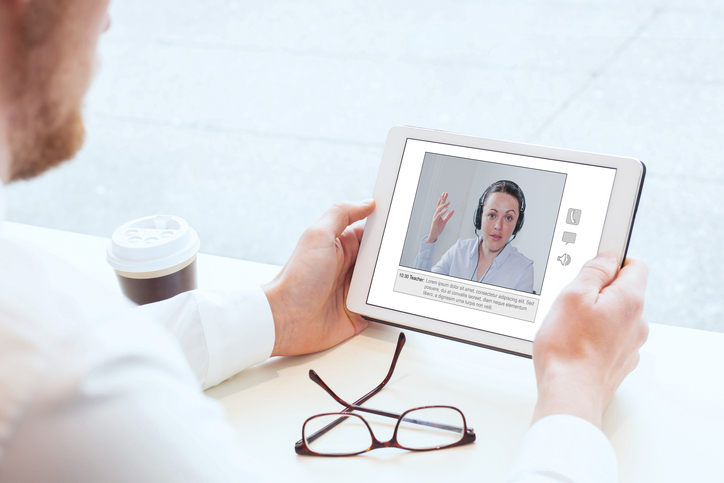 Recently, I had the opportunity to sit down with a few of the RiseSmart Certified Career Coaches to ask them about their experiences, and to hear their answers to some common questions I’ve been asked over the years from people wanting to understand the coaching process.

Instead of simply getting advice about how to work with a coach, or how to be successful in the job search process, I thought it might be interesting to learn how the coaches approach challenges and create unique experiences for each of their clients. I asked them each to provide a narrative describing a time when they were able to make a difference.

Here are their stories:

Q: Can you give an example of a time when you helped someone realize their potential?

A: (Erin R.) When Jane started her engagement at RiseSmart, she was traumatized and felt that she didn’t have any value. After speaking with her, I found that she had several high-dollar wins that simply weren’t valued or respected by management at her former company. Despite working in the contract department, which is usually a cost center, not a revenue generator, she was responsible for making her company several million dollars over five years, including earning a $5.4M dollar rebate in one transaction.

Together, we worked on updating her professional image, self-marketing documents, and interviewing skills. We also spent considerable time building her self-esteem. We worked together for her full program of three months and she interviewed at six or seven places with multiple rounds, but couldn’t quite seal the deal. By staying the course and working the strategies we’d discussed, she received an offer just two weeks after her program ended. She connected with me on LinkedIn to share the news, and although she was no longer my client, I helped her negotiate the offer and she landed the job!

Q: Can you think of a time when a RiseSmart participant had an unusually difficult hurdle to overcome?

A: (Julia V.) When my participant came into service with RiseSmart, she immediately let me know she had a disability that made it difficult for her to leave her home. She had a condition which required her to take treatments four times a day, which added to her restrictions. When we had our first call, she was very concerned about her hireability, and lacked the confidence that she would find an opportunity where she’d have the flexibility to work from home.

To begin, I helped her reframe her perspective to focus not on her disability, but on the unique value she brings to an organization. Over the next four weeks, we worked together to create a target company list. Within one month of starting the application process, she was offered her dream job where she works exclusively from home!

To begin, I helped her reframe her perspective to focus not on her disability, but on the unique value she brings to an organization – advice from @RiseSmart Certified Career Coach #SmartTalkHR http://bit.ly/2CuXVHQ

Q: Can you tell me about a time when you helped a job seeker change careers?

A: (Jennifer Y.) My participant was already active in her job search when we began our work together. She had been considering a career pivot, but didn’t know where to start. I suggested a dual approach and offered some strategies to pursue opportunities in both her current role and her new interest.

Our new approach resulted in lots of traction early on in the process and multiple interviews. Despite multiple opportunities, Linda was struggling to find her best fit. It was an emotional process and we had lots of conversations. We spent time revisiting her skills, strengths, and talents to keep her confidence high and to help her develop momentum as her search unfolded. I often reminded her that she was not just looking for "a job" but was looking for the right next move in her career development.

I often reminded her that she was not just looking for "a job" but was looking for the right next move in her career development - @RiseSmart Certified Career Coaches give advice to live by. #SmartTalkHR http://bit.ly/2CuXVHQ

Through coaching sessions that helped her stay on track, Linda was able to truly consider each role. She began to interview companies as much as they were interviewing her, to make sure she landed a role that would fit her goals.

After several months of searching, and lots of interview conversations, she landed her dream job with a company that is a great fit!

Q: Have you ever known a job seeker who learned the benefits of networking?

A: (Danielle D.) When my participant began her engagement, we quickly identified two challenges. First, her longest stay at any company in the last decade had been two years, partly due to making career shifts and partly due to being affected by reductions in force. Secondly, she was quite reluctant to network.

I coached the client on the importance of activating, what turned out be, the extensive network she had developed over the course of her career. She was reluctant to reach out to her network at first, so we worked together to role play how to break the ice, weave in her PVP, and develop comfortable peer-to-peer relationships. I also provided her with an agenda and script to reference when calling trade associations to inquire about networking opportunities.

Her networking efforts immediately yielded information that led to interviews. To help her build confidence and develop better interviewing skills, I coached her on language to use to explain what could be perceived by some as ‘job hopping’. To avoid the need to search again in two years, I helped her develop a strategy to ask questions when interviewing to determine if staying and growing in a new role was a viable option.  As a result of cultivating her network and acing interviews, she landed a fantastic job as a marketing events coordinator with growth potential. She is now working with a team where she feels she can thrive and grow over the next few years.

Q: How do you adjust to an individual’s personality and personal preferences?

A: (Terry H.) One of my favorite stories is about a client who came from a small Midwestern town. She was very angry about losing her job, and she had low confidence about her tech savviness. In the beginning, she had many reasons why she wouldn't, or couldn't, do the things I advised her to do.

After several mutually frustrating meetings, we decided we needed to move our focus in a different direction. I introduced meet ups as an alternative to networking, and she joined two meet up groups. One group was a book club and the other was a crafting group. Within two weeks of joining the meet ups, she landed a job interview. By then, she was ready to take my advice and we worked on interviewing skills. After just one interview, my initially resistant client had landed a role about which she was very excited.

Q: How does career coaching help someone who gets many job offers?

A: (Janet F.) My participant was formerly employed by a major retailer. During our engagement, she was contacted by a large tax preparation firm – an entirely new industry for her.  At the same time, she identified a role at a large sports apparel and footwear manufacturer that she wanted to pursue.

Upon my recommendation, she did some adventurous networking and reached out to an executive at the manufacturer via LinkedIn to express her interest in the role. He immediately responded and she had several interviews with the organization. In the midst of interviewing, the tax preparation firm made her an offer. Since start date was delayed, she decided to ramp up with the manufacturer while continuing to follow up with the tax firm.

During this process, the manufacturer slowed down their hiring process, which resulted in a number of see-saw circumstances and frequent update and calls between the participant and myself. We discussed the pros and the cons and reviewed the latest scenarios with both companies and the specific roles.

Ultimately, she had to make a choice. Once she accepted the position, she shared that she totally appreciated that I was there for her – including on weekends -- whenever she needed to discuss her strategy with both companies.

Q: Can you give a quantifiable example of the power of personal coaching?

A: (Cynthia R.) By the time this participant came to me, he had applied for 100 jobs and had only landed one interview. We held regular meetings and worked hard to help him with to uncover more accomplishments for his resume, update and learn to use LinkedIn for connections and job alerts, complete his professional value proposition (PVP), and step up his networking and communications efforts.

Once we had streamlined his profiles and improved his communications, he started landing several more interviews and made it to the second round with some. He was so confident that he could land a role that would allow him to reach his career goals, he declined two interviews and held out for the right fit job.

Q: How do you adjust your services to match individual personalities?

A: (Kimberly B.) Bill, a business development executive, came into the program in a hurry to find his next great job. And, he continually had specific – always rushed – needs. He felt that he was under financial and professional stress and needed to act immediately. The first thing he said to me was that he wanted the best coach at RiseSmart. He then let me know that if I wasn't the best, I should transfer him right away to someone who could handle his personality and needs.

His challenges were mainly around his exit and his personality. We worked together regularly, sometimes twice a week, to develop great marketing materials, identify and respond to solid job leads, strategies to help him tap into his network, and create a solid advisory board with support and community.

He has come close to accepting several offers, but has turned them down. His anxiety and stress has been replaced by the confidence that he will find the right role, and manager, in an organization where he will begin his next great job.

After my conversations with the RiseSmart Certified Career Coaches, it became clear to me that great coaching requires a combination of industry knowledge, understanding the latest best practices, and an ability to meet people where they are and provide the coaching that will help them move to the next stage in their personal and professional journeys. The stories I heard were inspiring and encouraged me to understand that there is a job out there for everyone, if you know where to look and how to apply and interview effectively