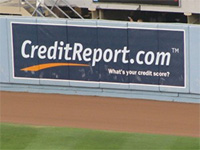 The ease with which credit reports can be obtained has led to new legislative battles over whether employers can conduct credit checks. In September, representatives from the Society for Human Resource Management traveled to Washington to testify before a House subcommittee considering new legislation that would ban credit background checks by employers. H.R. 3149, better known as the “Equal Employment for All Act,” would be an amendment to the Fair Credit Reporting Act.

What SHRM told the U.S. House Financial Services Subcommittee on Financial Institutions and Consumer Credit is that the concerns over credit checks are based largely on misconceptions, for instance that the use of credit checks rose throughout the recession. Instead, the group said, their research shows that credit checks are used sparingly, almost always when filling positions that involve money management or financial information:

Speaking on behalf of SHRM, the world’s largest association devoted to human resource management, Colleen Parker Denston, a senior human resource professional from Maryland, said: “There is a compelling public interest in ensuring that employers can assess the skills, abilities, work habits and integrity of potential hires in an employment process that balances the needs of both employers and employees.”

While H.R. 3149 remains up in the air, the controversy around credit checks continues to get more intense. As of next year, four states—Oregon, Washington, Illinois and Hawaii --will have put into effect their own laws banning credit checks, and 19 other states, as well as the District of Columbia, are considering similar legislation.

At issue is not necessarily whether credit checks are effective; in fact, business groups in favor of credit checks have presented hard evidence that they can be a useful tool in the hiring process:

The credit industry argues that bad credit could signal a bad employee -- or worse, a corporate criminal. The Association of Certified Fraud Examiners (ACFE) found that the two most common indicators of potential fraud were employees living beyond their financial means and employees experiencing financial difficulties. "Given that financial difficulties are often associated with fraudulent behavior, it would seem advisable for organizations to devote more efforts to conducting credit background checks on new applicants," the ACFE said in its 2008 report.

Even in the HR world, however, there is controversy over whether such checks are fair, and about whether or not they truly provide the character analysis they are supposed to provide. Rebecca Mazin of the HR Answer Blog is not strictly against credit checks—she calls them “a balancing act”—but she is frank in her assessment of their limitations:

The ease of use has made them a bit too common. Before jumping into the arena of reviewing credit history the first step is to identify whether the information obtained would be job related. Credit checks are most often conducted on the theory that a poor credit rating shows a lack of judgment and inability to manage money…Sounds plausible but it's not hard to see why many applicants will have less than stellar, if not poor credit. Consumer debt is dropping slowly but still remains high, the direct result of people using credit to make basic purchases.

Similarly, Juliette Fairley of Workforce.com writes that there is a “Catch-22” for credit checks:

“If someone is out of work, they are likely to have a lower credit rating. That doesn’t necessarily mean they should be disqualified for employment,” says Rick Thompson, director of talent management for Rising Medical Solutions, a Chicago-based medical cost-containment and care-management company. A low credit score also may not indicate anything about job performance if debt problems resulted from a major event such as a porce or expensive medical procedure.

However, many HR staffers say that the consequences of eliminating credit checks would be huge. Said Denston in her testimony before Congress:

The consequences of making a poor hiring choice can be great, possibly leading to financial losses or an unsafe work environment, Also, if the employee engages in severe misconduct, customers, shareholders and other employees might incur legal liability in the form of negligent hiring, negligent retention, vicarious liability lawsuits or other legal claims.”