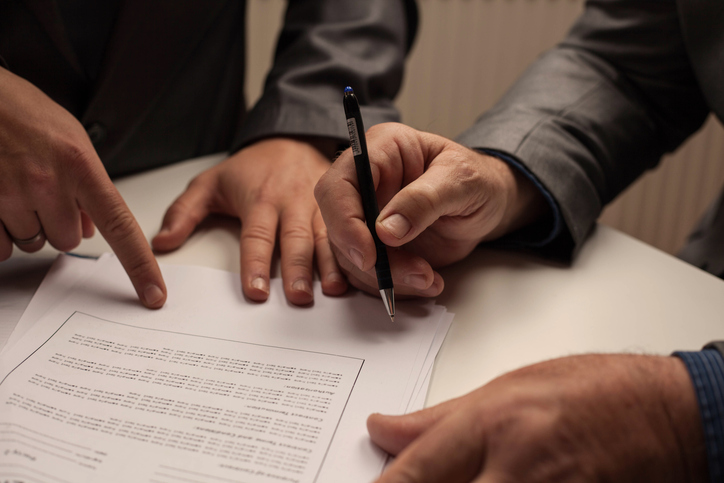 When employees are leaving your organization, whether by choice or not, it can be in the business’s best interest to provide a separation and release agreement that asks workers to waive certain claims against the employer in exchange for a new benefit. What that benefit is can be determined by the employer and includes such things as severance pay, benefits continuation, outplacement services, accrued but unused vacation, or an accelerated or pro-rated bonus -- depending in some cases on the state where the company resides.

There are a variety of scenarios where the use of separation and release agreements should be considered by employers including:

In a recent RiseSmart #SmartTalkHR Webinar, “Avoiding Litigation After a Reduction in Force,” my colleague, Nicole Bogard and I addressed the many aspects of layoffs and how to meet legal requirements while taking care of employees and avoiding legal action. In the webinar, Nicole addresses best practices for establishing ERISA severance plans and 409A compliance and I address the benefits and best practices for creating compliant separation and release agreements. View the webinar in its entirety, here.

Benefits of separation agreements during reductions in force

Why should employers use separation and release agreements in reorganizations or reductions in force scenarios when they could just end the employment of those affected, pay no separation benefits, and move forward? After all, reductions in force and reorganizations are usually motivated by a desire to save costs. If that's the case, why offer money to employees to basically perform no work?

The biggest strategic advantage to offering severance to employees is to mitigate the litigation risk that goes along with multi-employee terminations. The fact is, when employers terminate groups of employees as part of a single rolling action, the potential cost and disruption associated with litigation is enormous -- and will generally outweigh the cost of offering separation packages by a considerable margin.

Moreover, once separation packages are offered and accepted by a large percentage of the affected population, it allows the business to move forward and focus on its strategic objectives without the distractions associated with litigation. Any business leader who has been involved in fighting cases in court knows how time consuming and cumbersome it can be.

Release agreements are also an opportunity to remind affected employees of their obligations to the company under restrictive covenant agreements. And when I say restrictive covenant agreements, think non-competes, non-solicits, non-recruits, and non-disclosure agreements. Similarly, the new consideration that the employer is providing as part of the separation agreement could also provide a basis for requesting new covenants from the departing employees if they don't already have them or if what they have isn't optimal to protect the company's interests.

And finally, these kinds of events are unpleasant actions that affect a lot of people. Offering severance benefits is a good way to soften the blow, help folks bridge the gap, and help make the company appear to be more compassionate and more caring toward its employees.

There are a few things that you want to include in almost every instance and then there are things that you cannot include. First, you want to keep your agreement broad to cover any and all claims, demands, causes of action, etc. You also want it to cover known and unknown claims. If an individual doesn't know that they might have a claim for something that occurred during the time they were employed by the company, they may discover it later. Make sure you include all possible claims and that you're capturing everything that might have occurred during the employment relationship. Use words like "including but not limited to" when you're listing out the statutes or causes of action that are included within the waiver.

Second, you want to encompass all claims that can be waived under applicable law – federal, state, and local laws. Recently we've seen a proliferation of laws being enacted that affect the employment relationship, such as paid sick leave, that are being enacted on the municipality level or local levels. Therefore, it’s important to make sure you're capturing claims that fall under laws at every level.

Third, most good separation agreements include a non-exhaustive list of common law and statutory claims and encompass age discrimination claims for those in the age-protected category -- age 40 and older under federal law. An enforceable release must specifically reference the Age Discrimination in Employment Act.

Be sure to include a catch-all statement that makes it clear that anything that can’t be waived by law is not included in the waiver or release. Some examples of things that can’t be part of a separation and release agreement include unemployment benefits, workers compensation claims, claims that cannot be waived by law, and any provision precluding the employee from filing an administrative charge or complaint or from participating in a government investigation.

It’s a tricky framework to navigate and there have been examples of employers who overreached in their separation agreements and had problems with associated administrative agencies. Most recently, we saw an example of a company that settled a litigation with the FCC for hundreds of thousands of dollars as a result of it not being clear in their separation agreements that employees could pursue Dodd-Frank Act claims and go to the FCC with whistleblower type allegations.

What about wage-hour claims? The easiest thing to do in addition to including the statutes in the agreement and referencing them, is to incorporate something in the agreement that says, "I agree that I've been paid all wages owed," or words to that effect. And that means that if former employees come back and later challenge the agreement, then you've got that acknowledgement that they were properly paid and that makes it hard for them to pursue those claims as a practical matter.

Provisions that should be included: