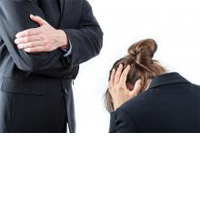 Thinking back over our careers, I’m sure that we’d all find the same thread running through each of the jobs we considered a favorite: We had a great boss.

A great boss can really be the differentiator between a workplace we love and a workplace we tolerate. A great job is great because the boss is interested, understanding and supportive. And a bad job…well, we all know what it’s like to work for a bad boss.

Let’s take a look at the dialogue in the HR space this week around what makes a great boss:

Employees aren’t likely to want to leave a boss they like working for, so why not institute the ultimate “performance review:” Kathy Rapp over at Fistful of Talent takes a closer look at Amazon’s recently announced plan to pay employees to quit. Jeff Bezos says the move is about weeding out those employees who don’t want to be there, acting as an employee review for the company. Rapp says it’s more specifically a review by the direct reports of the bosses they work for.

That begs the question: What does a good boss look like? What things does a good boss, and by extension a good coworker, do? According to Lisa Ryan and Tim Sackett the answer is: get involved.

Ryan, writing over at the TalentCulture site, says a good boss constantly engages with his or her employees. That’s because 67% of the time employees leave a job it’s not the job that’s driving them away; it’s the boss. She has four tips for combatting this phenomenon and creating bosses that people want to work for.

Sackett says the same lessons can be extended to coworkers. Happy employees are the ones who build relationships, and while you don’t need to get chummy with your supervisor, he or she should, like any good coworker, open his or her heart to you as you open your heart to him or her.

In the end, a good boss leads to great employee engagement. After all, employees will commit to going the extra mile for the right boss. Luckily, no one is destined to be a bad boss. The skills needed to create engaged employees can be learned, according to Heather Huhman over at Entrepreneur. She has four tips for building better bosses. None of them have anything to do with hitting quarterly numbers or coming in under budget. Instead they are all about interacting with employees, because interaction is what makes a boss who’s worth sticking around for.