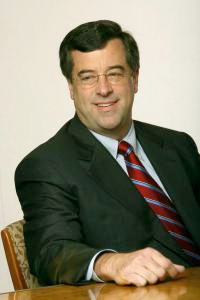 Dan Phelan is among the foremost thought leaders in human resources. He has held key leadership roles in several areas of GlaxoSmithKline and is a member of RiseSmart’s Strategic Advisory Council. Here he answers questions in the continuing series of articles for RiseSmart called “Ask An Expert.”

(Got a question for Dan Phelan? Ask it in the comments.)

What should a company do if a downsized employee asks for the cash value of the outplacement aid, as opposed to the aid itself?

We’ve had this asked within our company many times, and we absolutely refuse to do it. We’re not trying to be paternalistic but we think people need the support outplacement provides, as well as some structure that helps them look for another role. So we never give cash.

It provides employees with a sounding board. I’m a lawyer by training, and worked as a labor lawyer 30 years ago. A partner who was my mentor at the firm had an expression: Losing your job is economic capital punishment. And that’s stayed with me. It’s a big deal for people when they’re laid off. It’s a big blow emotionally. A lot of peoples’ identities are wrapped up in their work, or at least being productive. So I think people do need structure. People get very down and they need someone to help them with their resume, get their contacts, get their LinkedIn pages properly organized. So, I just think it’s really important from both those points.

We have our severance policy posted on our website, so people know exactly what they’re going to be getting. It’s X weeks for X years of service, so it’s very transparent. Sometimes we’ll put in a special package. After a couple of mergers, we’ve put in an enhanced severance package where people get additional pension credits. We may give them three years of age or service to their pension. And that’s very transparent.

And when we take that package away, people know that too. People know exactly what they’re going to get, and their colleagues too.

I think you find most large companies have a published severance package, and where you have labor unions that’s all prescribed. Sometimes with smaller places they don’t have that published. But transparency is key, so people don’t think they have to go in and negotiate that package.