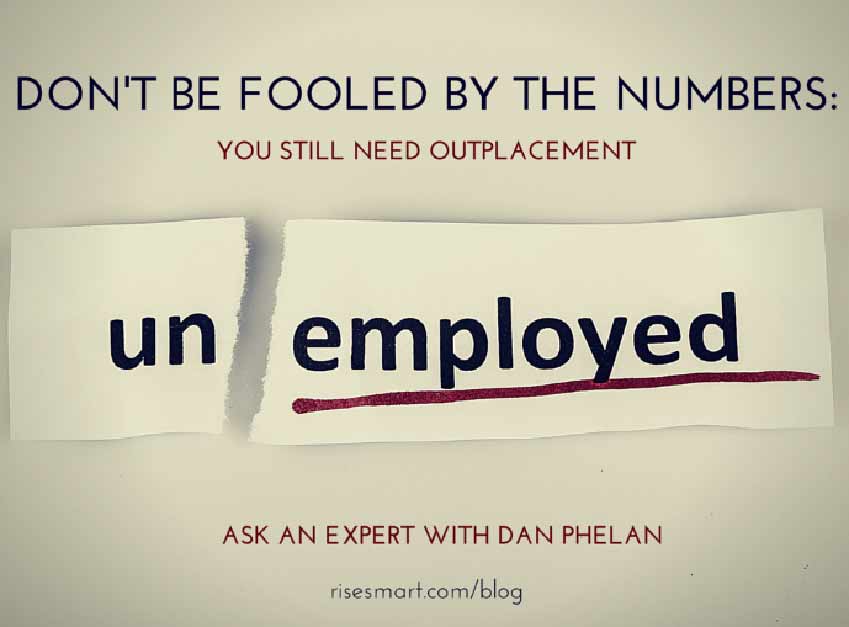 Dan Phelan is among the foremost thought leaders in Human Resources. He has held key leadership roles in several areas of GlaxoSmithKline and is a member of RiseSmart’s Strategic Advisory Council. Here he answers questions in the continuing series of articles for RiseSmart called “Ask An Expert.”

(Got a question for Dan Phelan? Ask it in the comments.)

Given the improving unemployment numbers, is outplacement something employers should be worrying about?

I have a different take. I think that the 5.9 percent stated unemployment rate does not tell the whole story. If you really dig into the Bureau of Labor Statistics data, they have something called a “U6 report,” which measures labor underutilization. It includes people who are what they call marginally attached to the workforce. Some are discouraged workers, some are long-term unemployed, and some are working part-time. They want full-time work but they can't find it. They're underemployed. The real unemployment rate is 12.6 percent. It's huge. The long-term unemployed in that group are about 3 million people who represent about 32 percent of the unemployed workforce.

What are the job prospects for the long-term unemployed?

The data shows that it is really important for people to get back to work as soon as they can. The longer they’re out of a job, the less likely they’re going to be called for an interview. Like it or not, a lot of employers won't even interview people who aren't working. It's terrible. That's happened since the Great Recession. If you're not working, they won't even talk to you. A lot of employers can really pick and choose, and they're saying, "We don't want to take a risk. We think people who aren't working are damaged goods."

If that’s the current situation, why should outplacement be a priority?

It’s clear why outplacement matters to ex-employees. Why is it essential to organizations as well?

Years ago, when I worked in private law practice, my mentor said, "When you take somebody's job away from them, and you have to lay them off, it’s ‘economic capital punishment.’" I'll never forget that. Part of your brand as an employer should be to help people you have to lay off get back to work as soon as possible. Part of that is to maintain morale within the company. Whenever you have layoffs, remember that you’re laying off your remaining employees’ friends. In some cases, it's family members. It's very important for the people that stay with the company to see that their colleagues who are going out are treated well in case it happens to them sometime.