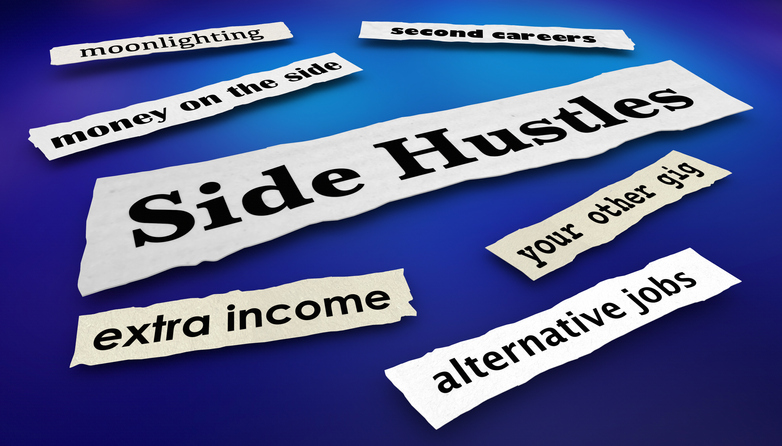 Nearly half of employed Americans are working a side job in addition to their regular full-time or part-time positions, according to a new survey from Bankrate.com. The survey reports that, on average, 43 percent of full-time employed people said they worked on the side and 51 percent of part-time employed did so, while 27 percent said that at least half of their total monthly income came from what they did on the side. Side hustles are common, but it’s important to consider why so many people are doing them. Even though wages have been growing, 31 percent of the people surveyed needed extra work to make basic ends meet. Another 36 percent use additional jobs for disposable income, while 24 percent are trying to boost their savings.

The impact of side gigs and hustles on employees and employers

From the perspective of an employer concerned about the productivity and health and well-being of its workforce, the impact of the extra hours each individual spends working a side job may have negative effects. GOBankingRates conducted a survey in May 2019 that specifically asked about the results of gig work on a full-time worker.

From the perspective of an employer concerned about the productivity and health and well-being of its workforce, the impact of the extra hours each individual spends working a side job may have negative effects. @jmillermerrell https://bit.ly/32hd0Xs

The Bankrate survey says that over 60 percent of survey respondents said they spend 15 hours or less each week on their side hustle, and almost 4 percent work an additional seven to eight hours every day on top of their main job.

Of particular interest to employers is the fact that respondents also said that their personal relationships, physical health and job performance had been negatively impacted due to the hours they commit to side gigs. Overall, about 28 percent of Americans with side hustles said taking on extra work has created strain in various aspects of their lives. The most common areas negatively impacted were work-life balance and mental health, at nearly 12 percent each.

Side gigs are not a Millennial thing. The GOBankingRates survey found that older adults are more likely to be working side gigs. At 38 percent, people 35 to 44 had the highest percentage of respondents who said they currently have a side hustle. Nearly 82 percent of adults ages 65 and older and 74 percent of Baby Boomers said they have had one or more side hustles in the past, compared to only about half of Millennials.

The problem on employee burnout and lost productivity due to work fatigue is not easily solved. Raising salaries or instituting “no moonlighting” policies are an over-simplification of the reasons behind the gig economy.

Of particular interest to employers is the fact that respondents also said that their personal relationships, physical health and job performance had been negatively impacted due to the hours they commit to side gigs. @jmillermerrell https://bit.ly/32hd0Xs

First of all, no moonlighting policies that forbid employees from working outside of their “day job,” may not cover all the ways that people seek a second income stream—currently at an all-time high. Modern usage of the term “side hustle” focuses more specifically on the nature of the supplementary work. In short, a side hustle is not the same as a part-time job. While a part-time job still entails someone else (another employer) calling most of the shots (like hours worked and rate of pay), a side hustle gives individuals the freedom to decide how much they want to work and earn.

So, if you have employees working a side hustle to the point of exhaustion, impacting their ability to do the job you’re paying them to do, what’s the solution?

As HR leaders, we’re usually the ones at any company driving policies around employee wellness and productivity. If a hiring manager has seen issues with productivity or attendance with a member of his or her team, and is also aware that the employee has a side gig, it can be difficult to either help or discipline the employee since no company policies have been violated. As a general rule, management should focus strictly on individual job performance, not what employees may or may not be doing outside of work. As the gig economy continues to grow, and our national economy becomes less stable, all companies will eventually need to address side work.

Don’t guess – base actions on data

From a human perspective, education and transparency are key. Offering sessions for employees that focus on managing time when you have a gig outside of your day job could be helpful, but you may have difficulty convincing employees who would rather their employer not know about their outside work to attend. If you have identified side hustles as a problem in multiple areas of your company related to employee productivity or focus, education is unlikely to make an impact. Transparency, however, just might.

Consider the data first: You’ll need input from team leaders and company stakeholders on past productivity and absenteeism to compare to current data. Next, you’ll want to expand your data set to look at areas that are impacted more than others to see if you can isolate a trend: are salaries lower for your geographic area in one part of your company versus others? Is your industry keeping up with salary benchmarks? Alternately, is your industry one that would be more inclined to recruit and hire professionals that may have incurred a lot of debt in the form of student loans (younger workers) or post-recession debt or foreclosure (older workers)?

Should you ban your employees from taking side hustles?

Creating a policy that effectively bans your workforce from working side gigs could also hurt your recruiting efforts. While moonlighting might be against company policy, once your candidate (or new employee) finds out that your company has restrictive policies preventing them from being in control of their income, they might move on to another company that doesn’t. This is at the heart of the matter: We all want to be in control of our own income. If we have a little extra debt to pay off, an upcoming vacation we want to save for, and we choose to drive for Uber or deliver food for DoorDash a few evenings or weekends, it seems unfair for our primary employer to object to it.

With that in mind, consider what your company can do to address the financial needs of your workforce. Do you have overtime or bonus options? Do you have continuing education support for employees who are interested in moving up in their careers at your company? Opportunities for extra income, lump sum bonuses, and future salary are all reasons for an employee to direct their focus and efforts on your company instead of taking on an outside gig after hours.

HR is a leader and driver of change in the workplace. It’s up to us to look at trends like these in a predictive way so we can be prepared to manage our workforce without becoming so restrictive that it’s impossible to recruit new staff. Get the information you need on the why and the how much from your employees, and adjust what you can offer based on those internal trends.