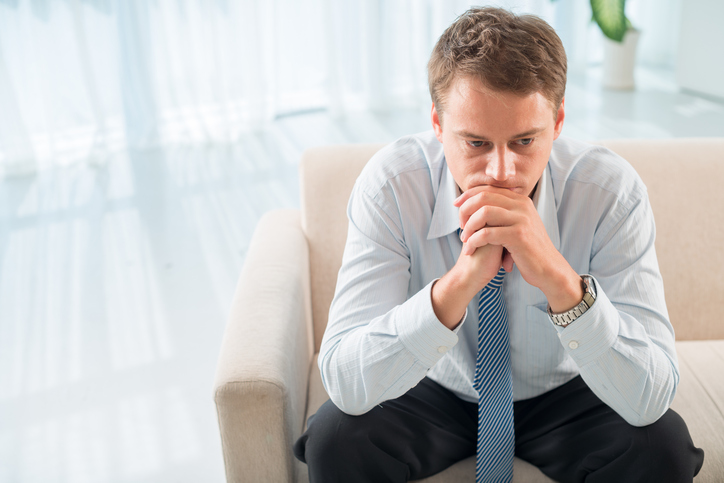 After going through the long process of reviewing resumes, interviewing candidates, and selecting only the best two candidates, you’ve finally chosen and hired someone to fill your open position. Now that the hiring process is completed, it’s time to get back to work, right? Well, not so fast. Even if you have hired the right candidate, there are other candidates eager to hear from you and just as eager to write a poor review on social media sites if they don’t hear.

The candidates you didn’t chose took the time to go through the hiring processes you put in place and have invested a certain amount of mental and emotional energy and they are likely experiencing stress and tension as they wait for a reply. Waiting for days, or weeks, wondering whether or not they will be asked to interview, called back for additional interviews, or offered the position is draining for candidates. So, what do you do?

If you want to preserve your employer brand and create a reputation of an employer who cares, do not just toss unselected candidates away and forget about them. Instead, let them know they didn’t make the cut. This step is easier said than done and many hiring managers and HR leaders prefer to skip this important step. Rejecting candidates is difficult as no one likes to be told they were not good enough, and there is a possibility that a rejected candidate can become irate. No matter how uncomfortable the task, it’s important for you to respond to those candidates, not only for their peace of mind but also as a positive step toward maintaining a good company image.

If you’re looking for some ways to make rejecting a candidate less painful for you and for the person you’re letting down, here are 5 best practices you can put in place now.

One of the worst things for candidates who are anxiously waiting to hear back about your decision is the waiting. It’s uncomfortable for candidates to eagerly await your decision, hoping to find out they’ve been selected for the next step. The situation is further exacerbated when an employer has told candidates under consideration that they will be notified of a decision in a set number of days or week, and then never respond. Although your candidate will assume they were not selected once enough time has passed, having waited and never heard only increases the anxiety and negative feelings prospective candidates harbor toward the company.

This scenario is wrong for several reasons. Not only is it upsetting to the candidate, but it also puts your company in a bad light – appearing unfriendly and rude – or worse. Although these are candidates that didn’t make the cut, that doesn’t mean they should be set aside and forgotten. You can bet that they haven’t forgotten you.

Companies are notorious for not reaching back to rejected candidates within the time promised. Unfortunately, most job candidates have become cynical about the job search process and have come to expect poor treatment from employers. Organizations should not become complacent by this fact, however, since there are still plenty of people out there ready to voice their frustrations on employer review sites, such as Glassdoor.

Employers of choice as making the effort to stand from their competitors by contacting rejected candidates promptly. An email will suffice, especially if your company is solely virtual, but taking the time to make a quick phone call and connect with rejected candidates will put your company in a better light and leave the door open to engage with that candidate for future positions at a later date.

When you call back your rejected candidates, avoid giving detailed feedback about your hiring decisions. While it seems like common courtesy tell a candidate why they were not chosen, it rarely helps to alleviate the questions a candidate may have. Keep the conversation short and concise. Thank the candidate for their interest and let them know they have not been chosen at this time. Providing more detail than that can lead to a drawn-out discussion or an argument from the candidate.

Avoid providing details that may encourage a candidate to attempt convincing you they can improve upon whatever skill/talent they lack. However difficult, the hiring decision is yours to make. The reasons candidates aren’t selected differ from employer to employer and can be as subjective as “culture fit”. No matter what your reasoning, you don’t want a rejected candidate challenging your decision. Keep the conversation short and respectful by both parties.

#3 Include a little tact and avoid negative reactions

While you’ll want to appear positive and polite, it’s not appropriate to pad your rejection with sweet phrases and smile icons. Instead, shoot for a tactful response, thanking the candidates for their efforts and informing them that even though they were talented, you’ve decided to go with another candidate. Leave it at that!

Never invite any reason for questions, further discussion, or details. Remember, you want to avoid any long discussions challenging your decision. Depending on how closely a candidate met the hiring criteria, you may choose to cut ties or you may decide you want to encourage the rejected candidate to remain in contact for future positions.

#4 Take the initiative to stay in touch

Stay in touch with rejected candidates who nearly made the cut for future positions. Even if you don’t see a place in your organization for a candidate, you have no idea when, or in what capacity, you’ll meet a candidate again. You may see former candidates as customers, vendors, gig employees, or even as influencers in your industry. Keeping in touch and staying on good terms assures that you won’t find yourself in an awkward situation in the future.

Besides future networking opportunities, it’s beneficial to keep an active candidate pool. This pool can help you in the long run when you need a good candidate, and you can select a candidate that you have interviewed from before. Use LinkedIn or Twitter, or other commonly known social media platform, to stay in touch. Check in now and again to see what that candidate has been doing—they may gain additional skills or talents you will find useful for current or future position.

#5 Understand that rejection doesn’t need to be worrisome

No one likes to be turned down, but rejection is common in all facets of business, and it is a common experience all candidates share. While some candidates will take rejection with grace, others may not. Taking control of the situation by responding promptly and professionally will help ensure that you are never on the receiving end of an irate candidate.

For the most part, candidates that become upset after the rejection are individuals who are unable to take criticism. Keep your rejection notice general and brief to prevent giving a candidate the opening to become upset. If you are unfortunate enough to come across an irate candidate, despite your best efforts, take comfort in the fact that you hired the right candidate — especially if a rejected one cannot behave professionally.

Even if you do not follow all of these 5 best practices to the letter, the key method is to always inform candidates of your decision on or before the date you promised. Most candidates just want to hear that you’ve made a decision so they can move on with their other efforts.