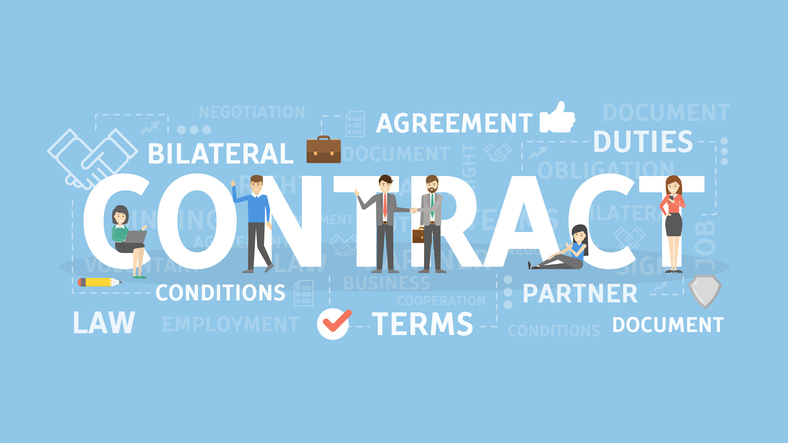 A growing number of companies are opting to hire and employ contract and project-based workers in lieu of permanent employees for a number of reasons including increased workforce flexibility and the lower costs including employee perks, training and benefits.

An Intuit report showed that contingent workers of all types (temporary employees, independent contractors, project-based gig workers and on-demand workers) make up 36 percent of the workforce, and are expected to reach 43 percent by 2020. Around 80 percent of large corporations plan to substantially increase their use of contract employees.

Relying on a contingent workforce invites some risk. Most notable is the government's scrutiny of such relationships to ensure that these workers are truly contractors and not employees whose pay would be subject to various withholding taxes. Recently, Uber paid millions of dollars in settlements of class-action lawsuits from drivers who argued that they should be classified as employees and entitled to employee benefits.

What to Consider When Hiring Contractors

While contractors provide a number of business benefits including those referenced above, there is increased scrutiny from government, including the IRS. In part due to the increased reliance on the contract workforce, the IRS has begun to provide more guidance and regulation surrounding the differences between contractor and employee.

Due to the increased reliance on the contract workforce, the IRS has begun to provide more guidance and regulation surrounding the differences between contractor and employee. @jmillermerrell #SmartTalkHR @RiseSmart https://bit.ly/2rETvHr

Here are four areas your company should evaluate before engaging contract employees:

#1 Have a clear definition for contractors vs. employees

According to the IRS, "The general rule is that an individual is an independent contractor if you, the person for whom the services are performed, have the right to control or direct only the result of the work and not the means and methods of accomplishing the result."

To properly classify a worker as an employee or independent contractor, carefully review the IRS's guidance on contractor and employee designations prior to making a classification decision. Misclassifying a worker as an independent contractor can result in penalties as well as back pay for benefits and taxes. The IRS can help employers determine the status of their workers by using Form SS-8, Determination of Worker Status for Purposes of Federal Employment Taxes and Income Tax Withholding. IRS Publication 15-A, Employer's Supplemental Tax Guide, is also an excellent resource.

The general rule is that an individual is an independent contractor if the payer has the right to control or direct only the result of the work, not what will be done and how it will be done. Small businesses should consider all evidence of the degree of control and independence in the employer/worker relationship. Whether a worker is an independent contractor or employee depends on the facts in each situation.

The general rule is that an individual is an independent contractor if the payer has the right to control or direct only the result of the work, not what will be done and how it will be done. @jmillermerrell #SmartTalkHR @RiseSmart https://bit.ly/2rETvHr

#2 Length of contract or work project

The permanency of the relationship is important for classification of contract employees. If there is an expectation that the employee-contractor relationship will continue indefinitely, rather than for a specific project or period, is generally seen as evidence that the intent was to create an employer-employee relationship.

Concerns about “assignment limits” tend to be focused more on the pragmatics of workforce management than on legal concerns.  While it remains true that employees classified as “temporary” are considered part of headcount when determining the application of a particular law, because many employers have outsourced their contingent staffing operations to “third party” employers, they have mitigated their exposure to certain laws that could otherwise impose significant hardship, including an unintended expansion of benefit eligibility.

Other more practical or business-related reasons for establishing assignment limits, even for third party employees, continue to surface. Microsoft, for example, recently established “assignment limits” for its contractors based on their concerns about the integrity of MS intellectual property, uncomfortable with the notion that a temporary or contract workers would have long term access to information and systems considered proprietary to Microsoft.

Other companies impose assignment limits as a way to optimize the productivity of their flexible workforce.  While higher wage temporary and contract workers tend to accept, and in many cases prefer, “longer term assignments”, for many lower wage temporary workers “assignment limits” can offset potential issues with worker morale, attendance and performance. This is applicable in scenarios where the decision to hire a temporary employee directly is part of a larger recruiting strategy, but the temporary employees who are passed over for direct hire and are asked to remain in the workforce for long periods are often prone to issues with attendance, performance or teamwork. Placing limits on the length of assignment can reduce or eliminate these issues before they surface.

Another consideration in “length of assignment” decisions is the increased exposure to claims of discrimination as length of assignment increases. While employers may discriminate in the administration of their benefit programs on the basis of job classifications (temporary or permanent) other decisions such as which work assignment to give to which temporary employee, or which temporary employee is hired permanently and which not, often place both staffing agency and client at risk. The law requires that employees doing similar jobs be treated similarly. The longer a “temp” is in your workforce, the more risk a perception of disparate treatment will surface, making a case for limiting the length of assignment as a matter of policy, not supervisory or managerial discretion.

Organizations routinely engage professionals such as lawyers and accountants as independent contractors. However, other specialized contractors like developers, strategists, designers, and content professionals in the information technology sector also commonly serve on that basis.

Other situations requiring an independent contractor's specialized knowledge, training or experience might include:

Employees are expected to be available for a set of regular hours and may be subject to frequent check-ins. That’s not the case for independent contractors, who generally are free to complete work on flexible schedules and should be only accountable for meeting pre-arranged deadlines.

Worker classification is important because it determines if an employer must withhold income taxes and pay Social Security, Medicare taxes and unemployment tax on wages paid to an employee. Businesses normally do not have to withhold or pay any taxes on payments to independent contractors. The earnings of a person working as an independent contractor are subject to self-employment tax.

The U.S. Department of Labor has guidelines on Misclassification of Employees as Independent Contractors. Misclassified employees often are denied access to critical benefits and protections they are entitled to by law, such as the minimum wage, overtime compensation, family and medical leave, unemployment insurance, and safe workplaces. Employee misclassification generates substantial losses to the federal government and state governments in the form of lower tax revenues, as well as to state unemployment insurance and workers’ compensation funds.

Microsoft serves as a warning to employers whose independent contractors could be reclassified as employees.

The court found that because Microsoft intended to qualify the ESPP under Section 423, Microsoft intended to make all common-law employees eligible for participation in the ESPP. Section 423 states that the "options are to be granted to all employees of any corporation whose employees are granted any of such options by reasons of their employment by such corporation." Further, the term "employees" in Section 423 refers to common-law employees. Consequently, the court held that the ESPP, construed in a manner consistent with Section 423, extends participation to all common-law employees not otherwise excepted under the plan. The plan contained only two exceptions, neither of which applied: (1) employees whose customary employment was 20 hours or less per week and (2) employees whose customary employment was for not more than five months in the calendar year. Thus, the court found that the workers could enforce the ESPP in the same manner as any of Microsoft's other employees. Expensive lesson learned.

For employers, the ability to connect with highly skilled and, perhaps, scarce employees are very attractive, as is the ability to recruit across the country or world for freelancers who can work from home. Being able to flex and contract the size of departments within your organization can be highly lucrative for your bottom line and increases overall productivity. About two-thirds of the employers responding to Randstad Sourceright's 2017 Talent Trends Report indicated that they would be using more contingent workers over the next year. If your company falls into this scope, ensuring compliance before hiring contractors is key if you want to avoid expensive penalties or lawsuits.

Jessica Miller-Merrell is a workplace change agent and author focused on human resources and talent acquisition. She lives in Austin, TX and is recognized by Forbes as a top 50 social media influencer. She's the founder of Workology.